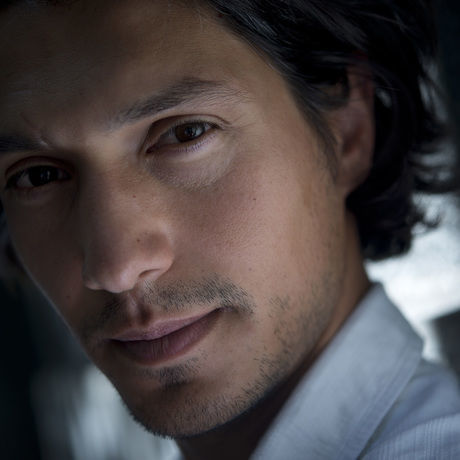 Yordan Kamdzhalov - our speaker this month - is described by the western press as a “true discovery” and “an addictive conductor”. In 2014 NASA named a planet after him - their citation reads “With his passion for astronomy, he connects the world of music with the fascination for the universe”.

Yordan looks at at the “moment” as a tunnel to eternity; as the alpha and the omega of being. The moment as a focus of the absolute creative extraordinarily. The moment - the time of the full manifestation of genius. The moment - conception.

Yordan’s biography is impressive. Born in Bulgaria and a graduate of the Hochschule für Musik, Berlin, Yordan Kamdzhalov was unanimously chosen as General Music Director by the City of Heidelberg in 2011. At the young age of 30 this appointment involved the Chief Conductorship of the Opera Theater, of the Heidelberg Philharmonic Orchestra and Heidelberg’s Schloss Festival; his time as GMD saw the highest number of sell-outs in the history of both the orchestra and the opera.

With a growing international career in Europe and the Far East, Kamdzhalov reluctantly decided not to renew his General Music Director contract but has been invited by the City of Heidelberg to become Principal Guest Conductor. At the time of his original Heidelberg appointment the Sofia National Philharmonic Orchestra invited him to become their Principal Guest Conductor. In December 2013 he also made his debut with the New Japan Philharmonic and was at once re-invited.

Since his chief appointment he has also worked with a range of other international orchestras, notably the Zurich Tonhalle (also invitation to replace Gennadi Rozhdestvensky), the New Japan Philharmonic, the Beethovenorchester Bonn, the Sinfonieorchester Basel, the Hamburger Symphoniker and, as cover conductor to Esa-Pekka Salonen, the Los Angeles Philharmonic, Tokyo Philharmonic Orchestra (Deutsche Grammophon - CD Presentation). Recently he was unanimously awarded Music Critics’ Award at the Central European Music Festival Allegretto and was at once re-invited for the following season.

Earlier in his career he was unanimously awarded 1st Prize at the Jorma Panula International Conducting Competition (2009) and the following year 3rd Prize at the Gustav Mahler Conducting Competition, Bamberg (2010); he was also selected to work over an extended period with the Philharmonia and London Philharmonic Orchestras as part of the Allianz Cultural Programme; this led to his working with well-established conducting mentors including the late Lorin Maazel, Vladimir Jurowski and Esa Pekka Salonen.