The reality of creative companionship

This month we are lucky enough to have some international guests swing by and chat to us on the theme of ‘Reality’. Joining us is original Melbourne boy Wade Jeffree and Leta Sobierajski all the way from New York. The couple have worked both individually and together on a range of amazing clients with the likes of Nike, Google, IBM, UNIQLO, Tate Modern and many more! They will be chatting to us on Friday about the reality of creative companionship. 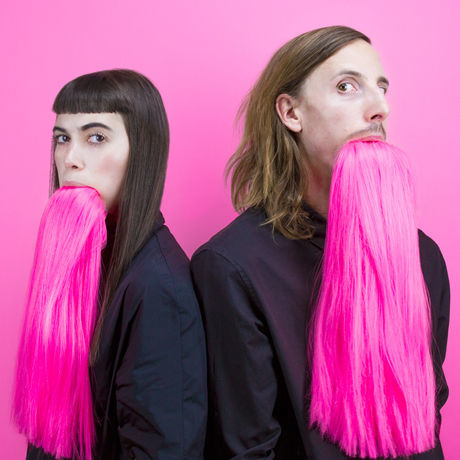 Wade Jeffree is a New York based Designer, Art Director and metal-loving Vegan from Melbourne, Australia. Through use of strong, clear, and occasionally humorous visuals, Wade’s work is both visually arresting and extremely communicative throughout print, digital, and beyond. While he does not believe work and play should be separated, he does believe in the effectiveness of strong, clear, and succinct communication being the best way to reach an intended audience. Each and every project is approached with an insatiable amount of interest and enthusiasm, and yields an intricately constructed result.

Wade actively pursues side projects and has had two successful gallery shows in New York. He has been featured in printed and digital press such as The New York Times, Huffington Post, It’s Nice That, Juxtapoz Magazine, The Creators Project, Paper Magazine, Cool Hunting and more.