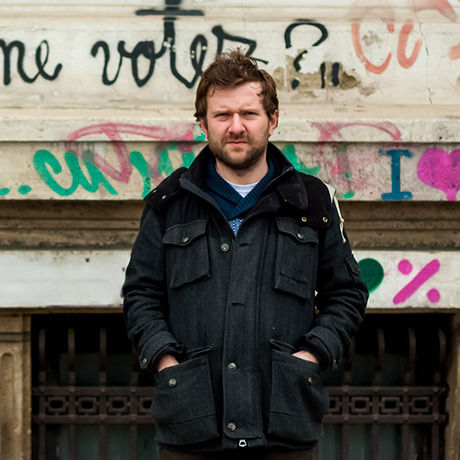 After graduating from UNATC, Vlad Petri, photographer and documentary director, has worked as a freelancer on many documentary projects both locally-based and international, in countries such as Afganistan, Syria, Jordan, Tajikistan, Uzbekistan, Armenia and Albania.

Since 2008, he has participated as a trainer and organized various photography workshops: Atelier de fotografie (Sângeorz-Băi), Atelier de poveşti ale locului (Petrila), Căminul Moses Rosen (Bucureşti), Ideo Ideis (Alexandria) to name just a few. His projects are an interesting blend of documentary filmmaking and journalism, and focus on social and political issues.

He has documented the 2012 protest, as well as the 2013 one against the Roșia Montană mining project, capturing their local color and uniqueness through regular online video and photo postings. The former resulted in ‘București, unde ești?’, his first long-form documentary that premiered at the Rotterdam International Film Festival, and was the Public’s Award winner at the European Film Festival in Bucharest.

Vlad is currently doing a Masters in Visual Anthropology at Freie Universität in Berlin.