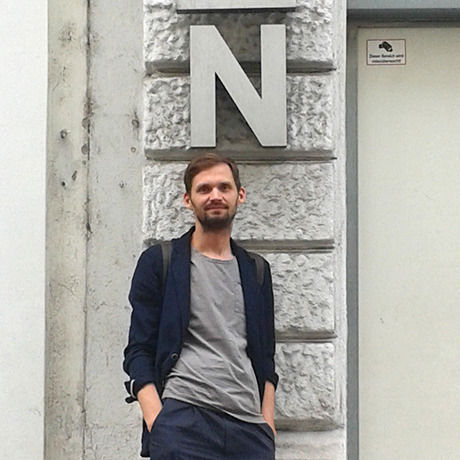 In parallel with his early art practice Vlad Nanca was an active participant in the coagulation of the young artist scene in Bucharest, Romania. In 2003 he was one of the founding members of 2020 initiative, under which among other events, he hosted the Home Gallery started the “incepem” emailing list and the “incepem” fanzine. Utilizing different mediums his varying personal projects employ political and cultural symbols, often using word-play to evoke nostalgia and referencing Romania’s recent history and challenging the social and political climate. Vlad Nanca’s recent interests evolve around (public) space and its use and functions, materializing in sculptures, objects and installations.

From 2013 Vlad Nanca has partnered up with Nona Inescu to run together Ping Pong Shop, a 20th century design shop that sales mostly european and Romanian product design.

Nanca is currently working on a solo exhibition to take place In October at Bocannera Gallery in Trento (Italy), an artist book featuring the „readymade punk sculptures” that people build to keep parking spots occupied in Bucharest and, together with a groups of architects, artists and journalists a documentary book on socialist romanian architecture.