The Ocean of Fear - Banele Khoza

part of a series on Water 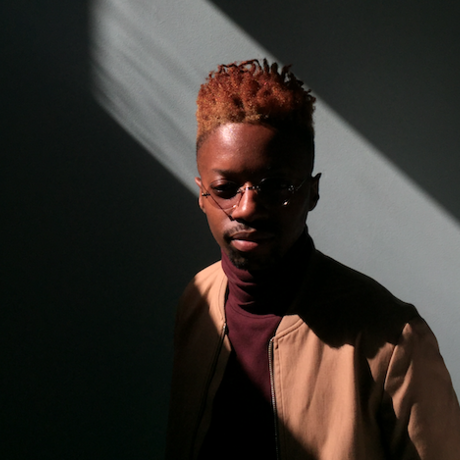 Banele Khoza was in born in 1994 in Hlatikulu (a small rural town) in eSwatini. During high school he moved to South Africa and is now based in Tshwane. He studied at the London International School of Fashion for a year, studying Fashion Design. Dismayed by the limited oppertunities to draw he transferred to study Fine Arts at Tshwane University of Technology. On completion of his degree he taught Drawing and Art Theory at the same institution. In 2018 he decided to stop teaching to work as a full time artist.

Banele Khoza is a man to watch, with a recent solo show at Zeitz MOCAA, the 2017 Gerard Sekoto Foundation award under his belt and a fleet of taxi’s covered in his work (as the result of him winning the SA Taxi Foundation Art Award) his work is going places. Khoza’s first suite of lithographs published by The Artists’ Press, demonstrate his skill and dexterity. Khoza’s ability to embrace the unknown and to immerse himself in the technical possibilities of what lithography has to offer combined with the skills of Master Printer Mark Attwood have resulted in prints that reveal the artist’s gifts.

Khoza worked on stone and grained film using a combination of pencil, litho crayon and ink and tusche washes. The delicate traces of the dried ink, Khoza’s choice of colours and drawing abilities combine to delight the eye. Khoza has been a keen draftsman since the age of five, drawing images of the toys that he wanted but which his conservative parents refused to get for him. This sense of longing and vulnerability can be seen in Khoza’s lithographs.

Obsessively neat and detailed text weaves through some of the prints, but one cannot read all of the words. It is if the artist entices one into his private world and then stops one from fully accessing it, questioning the viewer’s motives for the intrusion. Khoza’s journals are an integral part of his practice and are reflected in his image making “I have never seen so many sharp pencils” is some of the text included in one of his lithographs. Khoza’s interest in the private and the public merges with his interest in social media, technology, connection/disconnection, isolation and a longing to be whole and completely present with someone as well as with oneself.

In the six two-colour prints faces and bodies are alluded to, the delicacy of the washes contrasting with the boldness of the forms. And just as things seem to be getting really serious the text and titles pull one back with a sense of delight and quirkiness

“Dear Olympia” (a reclining nude with two cats) and “Don’t forget the tomatoes” reminding one of everyday routines.

Nicework uses strategy and design to solve communication problems for clients. We tell visual stories that are clear, engaging and crafted specifically to your audience. .

We publish a magazine have a blog and love to be involved in creative events.

Digital publishing company Between 10and5 publishes a daily website at 10and5.com (you’re reading it!) that serves as a curated online showcase of the best that the South African creative industry has to offer across a broad range of categories: graphic design, advertising, illustration, art, fashion, film, photography and music. We publish daily stories; written and video interviews with artists, designers and creative entrepreneurs; and original content series – weekly, monthly and annual.

Vega was formed in 1999 in anticipation of the shift in the global paradigm away from conventional marketing and advertising toward a synchronous cohesion of design, branding and business. With the reconfiguration of traditional platforms and the emergence of new ones, it is the art, craft and science of branding that has become the universal language of the marketplace. Think of brands such as Google, Greenpeace and Apple: brands are far more than letters and logos but powerful cultural forces shaping the world as we know it. Concomitant with this seismic shift in the industry landscape arose an urgent need to educate South Africa’s most talented young minds in preparation for this brave new world. A new school of thought was called for and Vega answered that call. With branding being the DNA of Vega, the school is ideally positioned to meet the rapidly growing needs of industry by supplying students with the conceptual, strategic and practical skill-sets required to rise to the challenge of the future. The World Economic Forum in 2016 revealed the findings of its study entitled The Ten Skills You Need to Thrive in the Fourth Industrial Revolution. The three skills topping this list are Complex Problem Solving; Critical Thinking and Creativity. These are the cornerstones upon which Vega is built. Vega therefore aims to graduate a new breed of thinker by delivering fully accredited Certificates, Baccalaureates, Honours and Masters programmes in brand leadership; brand management; brand innovation; brand strategy and creative brand communication. An IIE degree is of the exact same standard as one found in any state university or private university.

“If we don’t protect our waters, then what will happen to life?”

This month’s WATER theme was chosen by our Perth chapter and illustrated by Sofia Varano. We’re exploring WATER with 196 other chapters around the world this month.