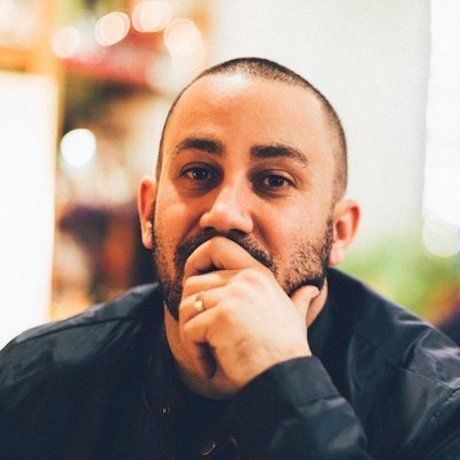 Stephen Vanasco is a NY-born, LA-raised photographer heavily influenced by the ‘90s skate scene. Never one to sit and wait for people to give him an opportunity, he took a chance and followed his passion for photography. Now he professionally travels the world for photography and for his brand V/SUAL.

If I focus on what makes me happy that's going to be a ripple effect for everything else in life. — Stephen Vanasco

Sometimes you do things based on merits or based on how much money am I gonna make, is this cool, is this gonna be socially acceptable . . . there's a lot of variables, but looking back I was doing this because I was just so happy to be able to walk out of my door and skate everyday. — Stephen Vanasco

If you have a day job, keep it. Don't quit your day job, don't jump into it because having that time allows you to nurture and develop your craft to what you want it to be—to not conform to a commercialism for 'is this going to make me money?' — Stephen Vanasco

If you have a day job and have this creative outlet, don't rush to milk it. Don't rush to cash in on it. Let it come, let it happen. There's a bigger power in saying no sometimes than saying yes to everything. — Stephen Vanasco

I never set out to make photography a career. I never set out to say, 'Ok this is a thing I'm doing, people are telling me I'm pretty good at it... how do I make money with this now?' I never did that because I think it's very important when you do discover that thing you love in life, don't take for it granted. — Stephen Vanasco