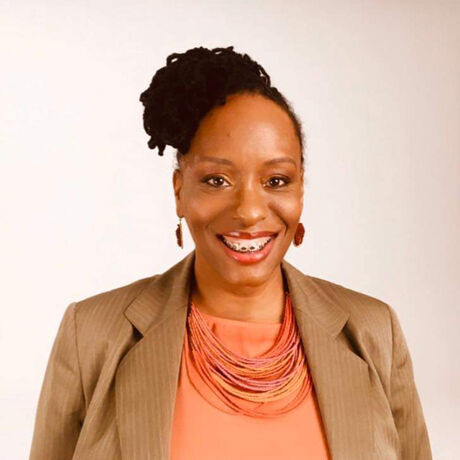 State Representative Attica Scott serves Kentucky House District 41 where she is on the Education; Elections, Constitutional Amendments, and Intergovernmental Affairs; and Veterans, Military Affairs and Public Protection Committees. She served as an English immersion teacher in Taining County, Fujian Province, China (2015), was an Adjunct Faculty member at Jefferson Community and Technical College (2013-15), and an Adjunct Faculty member at Bellarmine University (2009-11).

In 2010, Representative Scott graduated from the first class of Emerge Kentucky which prepares Democratic women to run for office and was recognized as a Connector by Leadership Louisville as a civic and non-profit community leader. She was awarded the 2011 national “Woman of Vision” Award by the Ms. Foundation for Women. Representative Scott was a 2013 member of the Bingham Fellows of Leadership Louisville and was a featured Daughter of Greatness at the Muhammad Ali Center. In 2014, she helped to pass pivotal legislation on Louisville Metro Council including a Ban the Box ordinance and the historic minimum wage ordinance, as well as a resolution to restore voting rights to Kentuckians who have served their debt to society. In 2015, she was named a West Louisville Connector by the Leadership Louisville Center.

In 2016, Representative Scott defeated a 34-year incumbent to become the first Black woman in nearly 20 years to serve in the state legislature. In 2017, Representative Scott was named to Essence Magazine’s list of #Woke100 women in the U.S., became a Rise to Run Trailblazer and began serving on the Emerge Kentucky Board of Advisors. In 2018, she graduated from the national Women in Government Leadership Program.

Representative Scott is a certified anti-racism trainer through Crossroads Ministry and the Commission on Religion in Appalachia. Her proudest accomplishment is being a mom to Advocate and Ashanti.

Render Capital’s mission is to establish the Louisville region as a national leader around innovation, entrepreneurship and creative capital essential for our mutual success. Be the first to know about ways you can partner with us or how to access capital to grow your startup and business in the Louisville and Southern Indiana region.