Sergei’s research into spatial matters and his experiences gives us insight into language and how to communicate.

Sergei Gepshtein studies visual perception and visually guided behavior using methods of sensorimotor psychophysics and computational neuroscience. Basically, he’s incredibly intelligent and performs many interdisciplinary studies with professionals from the architectural & cinematic worlds. Sergei discusses how language plays a key role in communicating how he studies and the results of his findings. 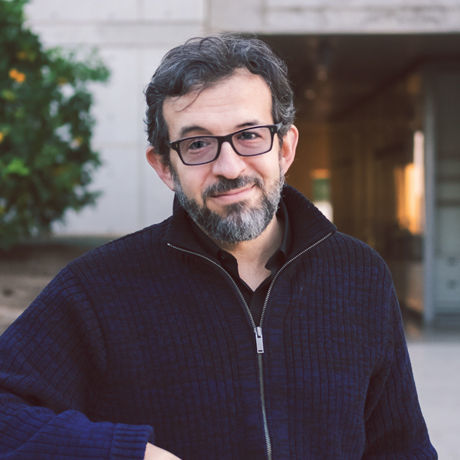 Sergei is trained in neurobiology, perceptual psychology and vision science. He investigates visual perception and visually guided action from the mechanistic point of view of systems neuroscience and from the point of view that respects visual experience as a research focus in its own right. Sergei is a member of the Center for Neurobiology of Vision at the Salk Institute for Biological Studies in La Jolla, where he studies boundaries of visual perception in the natural world and in visual media using methods of sensory psychophysics and computational neuroscience. Sergei also directs the Collaboratory for Adaptive Sensory Technologies (www.salk.edu/CAST), which he founded at the Salk Institute in 2015.

Sergei is increasingly involved in research of built environments and design of immersive media, as a founding member of the World Building Institute (http://worldbuilding.institute) and as an inaugural recipient of the Harold Hay Award from the Academy of Neuroscience for Architecture (http://www.anfarch.org).