Artist Scott White from “Rise Above Tattoo”, talks about his live long passion for ink and his journey to become a tattooist. 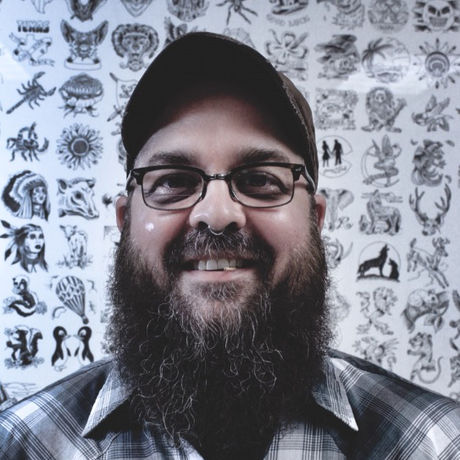 Scott White is a professional tattoo artist, painter, and musician. He has called Orlando his home for 21 years. Born just outside of Cleveland, Ohio in 1974, his family moved to Florida in 1982 where they then settled in DeLand. Heavily influenced by the iconic images of 1980’s skateboard graphics, comic books, punk rock and heavy metal album art, he spent most of his childhood dreaming of a life consumed by art and music. Upon graduating from DeLand High School in 1992, he received a scholarship from the Savannah College of Art and Design. In 1995 he began a part time “job” at Altered States Tattoo in Winter Park. One year later he would start a life long career in tattooing. Now after nearly 20 years in the tattoo industry, Scott is the owner of Rise Above Tattoo in the downtown Mills50 District. With his business partner Scott Lukacs and a great staff of artists, they’ve assembled a forward thinking, creative environment where friends and customers can be part of the artistic process and can leave with a one of a kind custom piece of art. Since 2010 he has been the resident artist at Ethos Vegan Kitchen in Winter Park. Curating and painting when not tattooing, he has devoted his life to being an artist. “An important part of getting a tattoo is the experience. The environment, conversation, camaraderie, and the anticipation of the lasting end result. It becomes part of you and says something of who you are. Tattooing has a deep, rich history and I’m honored to even be a small piece of the story.”