Sarah Dollhausen weaves together her personal experiences as she speaks on the power of hip-hop culture and mending our creative drive as youths and adults. 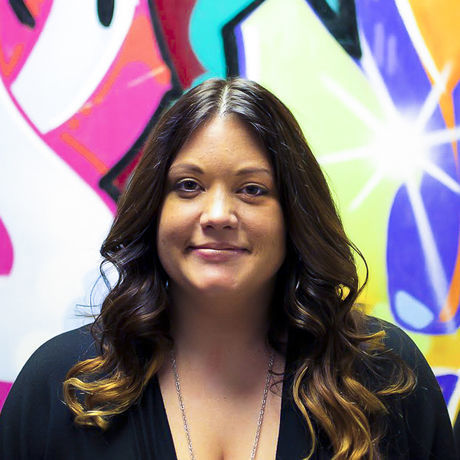 Sarah Dollhausen wants to live in a world where young people are heard and seen as valuable players in developing creative solutions to our cities problems.

As a teenage mother, Sarah learned quickly how to be creative and innovative as an entrepreneur, following in the footsteps of her father’s creative spirit and both parents legacy of service to the community. She joined the IT field in the late 90’s and during this time, started to volunteer at a youth serving agency who had a defunct computer lab teaching youth in the lab after school. This center was also unique, their teen night was the hot spot for Hip Hop activities at the time, and as a product of Hip Hop culture in the early 80s and 90s, was very familiar with the elements of Hip Hop (breakdancing, DJing, graffiti art and MCing). She saw how much it attracted young people to the center, allowing them to be in a safe environment, hang out with friends, and learn new skills by engaging with each other. She began to introduce using Hip Hop in the classroom when teaching technology and found it was a great tool to attract youth to learning new skills. This was her “turning point” and became the foundation of TRUE Skool the nonprofit organization she would co-found years later in 2004, . Her experience during this time and seeing how we can meet young people where they are, instead of dictating what they should be doing, was what inspired her to create an organization that used Hip Hop culture and its elements as a tool to engage youth to learn about what was going on in the community, social justice, and how youth can be a positive influence in their communities while learning new skills and finding their voice through the arts.

As Co-Founder and Executive Director for 12 years at TRUE Skool, Sarah works diligently on coupling social innovation with youth and workforce development, specifically using Hip Hop culture to engage youth in the process. In 2014, Sarah was named the “Newaukeen of the Week” and was selected as the only Executive Director of a nonprofit in Milwaukee to attend the Midwest Social Impact Bond Conference presented by the White House’s Office of Social Innovation. Sarah was also selected to participate in the Sustainability & Impact Program in 2015 as one of the first year Milwaukee cohorts that focuses on building sustainable business models for nonprofits and focusing on developing social entrepreneurs.