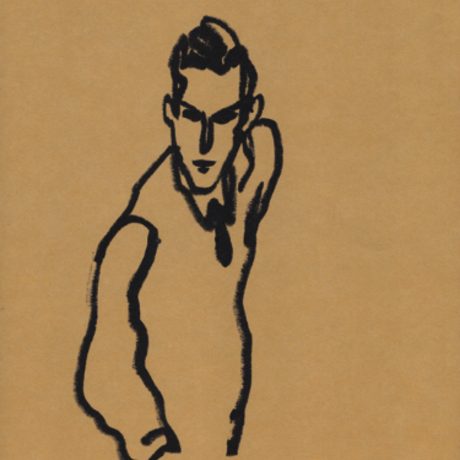 Sameer Kulavoor is an Indian visual artist, illustrator, designer and a director of animation.

Sameer Kulavoor’s area of work lies at the intersection of graphic design, contemporary illustration, and art. He has been creating a personal body of work, and self-publishing art books and zines that take a look at characteristic mannerisms & archetypal facets of urban surroundings, design and culture. Sidewalks & Coffeeshops (2009), Zeroxwallah Zine (2011) & The Ghoda Cycle Project (2012) were born out of a keen interest in these peculiarities.

Kulavoor is known for his music related art and design projects having directed and designed animated music videos for ‘Disconnected’ and ‘Lovedrug Climbdown’ (from Pentagrams album Up-2004 and Bloodywood- 2011), album art for Zero and Something Relevant, cover Art for Rolling Stone, design for NH7 Weekender festival (2011, 2012) and a number of motion graphic pieces for MTV India. Besides music projects, he has illustrated for BBC, Royal Enfield, Pepsi, Britannia, Chivas Regal, Honda, KFC, NewYork MOSEX, Condenast, Virgin Atlantic to name a few. His work has been recognised by Luhrzers Archive 200 best illustrators worldwide, D&AD, The One Show, Communication Arts, The Art Directors club, IDN, Computer Arts Projects among others.

He is the co-founder and co-curator of 100%ZINE, along with Lokesh Karekar.