How Buffalo lost access to its unique network of waterways, but found De-gi-yah-go’s hut.

Being the world’s largest grain port came with large consequences. The infrastructure required to feed our flour mills and fill our elevators cost Buffalo its connection to our most valuable resource – our water. After decades of decline, we have begun to re-orient ourselves to what created our wealth in the first place. With innovation and ecological excellence, our waterways and shorelines can bring back a long awaited prosperity. 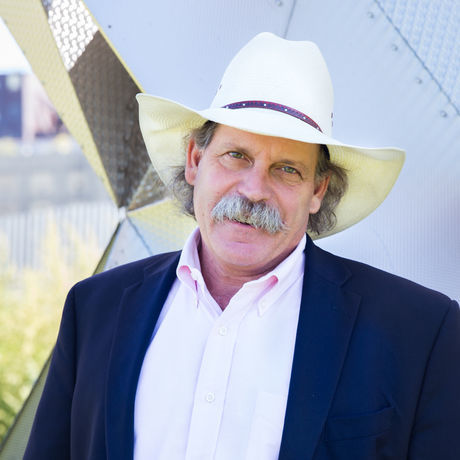 An arts patron, musician and proponent of the Buffalo Waterfront, Rick Smith is the third-generation president and CEO of Rigidized Metals Corporation. Rigidized manufacturers’ deep-textured metal and surfaces which provide solutions for a wide variety of architectural, industrial and transportation applications. The company is located in Ohio Street in the city’s Old First Ward, adjacent to the city’s waterfront grain elevators. Since purchasing several of these grain elevators on the Buffalo River in 2006, Smith has since been actively pursuing the “authentic regeneration” of these structures on the site known as Silo City. He has opened these spaces up to art exhibits, musical performances, light displays, tours, architectural studios and an event for the National Trust for Historic Preservation Conference held in Buffalo in October 2011. Among other community directorships, he also serves as Chairman of the Friends of the Fireboat Cotter, a National Historic Landmark and the oldest operating Fireboat in the world. Smith earned his B.A. in Economics from the University of Pennsylvania in 1983. He also serves as a mentor for the Center of Entrepreneurial Leadership at the University of Buffalo.

One of the best things that's happened to Buffalo is that we've changed our attitude. [...] We've got folks that are really accentuating the positive — Rick Smith