Raphael Clemente shares his story of becoming an urban planner and rethinking the design of West Palm Beach and how the city is used by its citizens.

Raphael shares his story of becoming an urban planner and rethinking the design of West Palm Beach and how the city is used by its citizens. Addressing the taboos from his professional and personal journey, Raphael tells the fascinating tale of how cities grow and evolve. 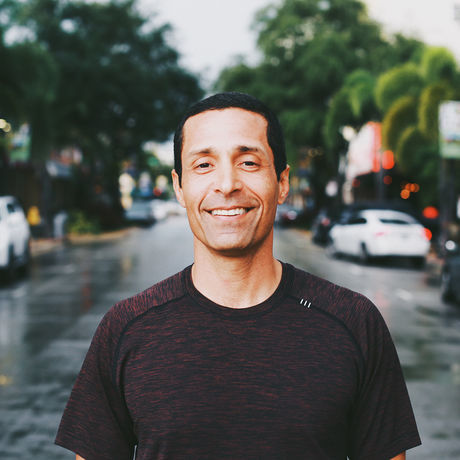 Raphael Clemente took the long way to becoming an urban planner. Shortly after starting work on a bachelor’s degree in social science in 1987, Clemente took off on a decade-long adventure as a competitive cyclist, racing throughout North and South America and later in Europe. The experience gained traveling led to an intense interest in how streets and public spaces are designed and built and the associated effect on cities and communities.

A formal introduction to urban planning and community design came after retiring from professional racing at the end of 1996 and going to work as a project manager for a South Florida developer, overseeing development of residential and commercial properties in Broward and Palm Beach Counties.

In 2000 he enrolled full time in the master’s degree program at FAU’s College of Urban and Regional Planning as a recipient of the program’s Environmental Growth Management Fellowship. After graduating in 2002, Raphael worked in both the public and private sector before being hired as Urban Planning and Services Director with the West Palm Beach Downtown Development Authority (DDA) in 2006. The DDA Board appointed Raphael as its Executive Director in 2011.

Raphael has also been a pioneer in using art and creative “instigations” as tools to improve and enhance the public realm. Over time, these projects and programs have resulted in a positive impact in business development and revenues, and improved perceptions of the public areas of the city’s urban core.

As a result of the success of these arts-based programs, the Downtown Development Authority launched the West Palm Beach Arts and Entertainment District in November of 2015 as a platform to showcase the creative energy and cultural assets of the area. Since that time the A&E, as it has become known, has made a tremendous impact in the community with dozens of arts based projects, and the securing of over $100,000 in grants and sponsorships.