With a small digital camera no bigger than the size of a deck of playing cards and a flimsy tripod that were donated to me he has been able to film hundreds of interviews. 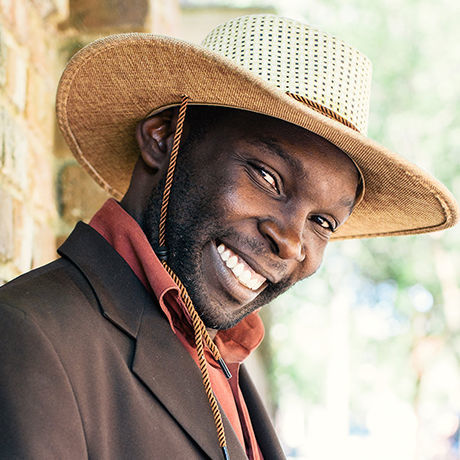 Quintin Washington is a well-known interviewer in Charleston, known for his one-on-one exclusive interviews with newsmakers in South Carolina from Thomas Ravenel to former Charleston mayor Joe Riley for his weekly interview Web show, “Quintin’s Close-Ups” on YouTube, which launched in May of 2012.

Since then Washington has taped over 1,000 interviews with celebrity chefs, book authors, politicians, lawyers, community leaders, school leaders and other newsmakers. His interview with United States Congressman Mark Sanford in 2014 made headlines around the world with MSNBC and BuzzFeed running stories about the interview.

Before “Quintin’s Close-Ups,” he was a host/producer/reporter for WLCN-TV in Charleston, where he hosted and produced an interview Web show called “Quintin Reports.” Washington began his broadcasting career at WCSC-TV in 1996 as a news intern, and have worked at several local TV stations in numerous capacities since then. Moreover, Washington has written news articles and columns for The Post and Courier, The George Street Observer and The Chronicle.

In May of 2014, Washington received a House Resolution from the South Carolina House of Representatives for his work with ‘Quintin’s Close-Ups’. In August of 2016 Washington was also on the front cover of the Charleston City Paper to discuss growing up in Charleston and interviewing newsmakers.