Nathan Reddy Make Sure It Means Something

Taipei host
This Could Be You 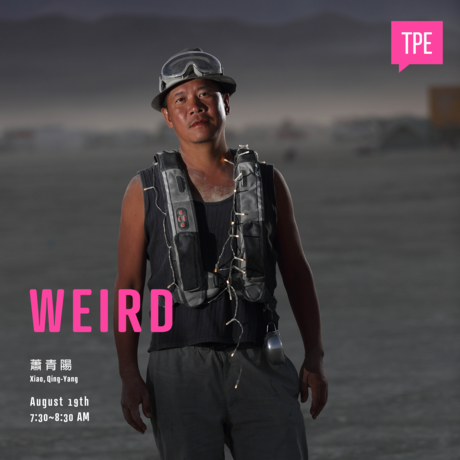 We’re glad to invite renowned album cover designer and four-time Grammy Award nominee Xiao Qing-Yang as our speaker to present the theme “Weird.” Locally, Xiao Qing-Yang is one of the best package designers in Taiwan. Internationally, he is the first Chinese-speaking designer who was nominated for 4 times by Grammy Award for Best Recording Package in just five years. Among these awing pieces, Story Island, has been awarded by Best of the Best in Red Dot Design; moreover, it is collected by Museums abroad as well.

Xiao, started his career as record designer at age 18, and thousands of record packages were published during his 28-year work experience. However, in the beginning, he felt frustrated by serving pop singers, and discovered to decrease pleasure in design. Thus, he founded his own studio under poor condition that he only had one case in an year. In order to make a living, he once worked in a restaurant. It was not until he changed his path did he realized how much he love DESIGN. As a result, he went back to record design after one year. Despite the difficult environment, Xiao managed to continuously strive and shine in the industry of record design, making the world see the potential of Taiwanese design.