Pure Surface carves out a space for play and a room for experimentation that brings dance, writing, and film communities together. 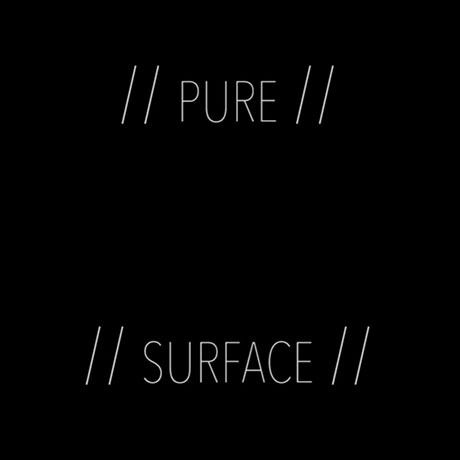 Pure Surface is a performance series where movement, text, and film happen together in the spirit of improvised collaboration. How do the things that move us move with each other? How do we activate and encourage cross-disciplinary practice and performance?

Pure Surface takes its name from a chapter in Lisa Robertson’s book, Occasional Work and Seven Walks from the Office for Soft Architecture. Pure Surface carves out a space for play and a room for experimentation that brings dance, writing, and film communities together.

The performance will be followed by a Q&A with the curators of the series, Danielle Ross & Stacey Tran.

Julia Clare Tillinghast is a poet from Ann Arbor, Michigan, who studied poetry at Sarah Lawrence College and got her MFA in Poetry from Virginia Tech. She has published a number of poems and translations in literary magazines. Along with her father Richard Tillinghast, she translated a collection of poems from the experimental Turkish poet Edip Cansever, called Dirty August. Her first chapbook, Basic Instructions Before Leaving Earth, is available from Snoot Books. She is also a teacher of over 11 years who regards her work with students as a vocation. She lives in Portland, Oregon, with her son Hamza.

Lucy Yim is a dance artist who has performed locally and nationally since 2005. She has shown work at the The Chocolate Factory (NYC), Salvage Vanguard Theater (AUSTIN) and all over Portland. Lucy has danced for choreographers Linda Austin, Sally Silvers and Tahni Holt, amongst others. Lucy has been awarded residencies locally at PWNW and Studio II and multiple grants from RACC. Lucy co-curates Bill of Goods, a performance event at Holocene and also plans dance-centric events with Physical Education. Currently, Lucy is working on a solo entitled Devastation Melody.

Roland Dahwen Wu is a filmmaker, writer and translator. His first film, There are no birds in the nests of yesterday, documents el Silbo Gomero, the whistled language of the Canary Islands. He attended Reed College and was co-editor of a translation journal. He is the founder of Patuá Films.

Danielle Ross is a Portland-based choreographer. She received her BFA in Dance and Performance Studies from University of California, Berkeley. Ross’ works have included Make The Air Thick, Home/Body, To Remember Is To Jump Around There and most recently, Togetherness, a collaboration with Stacey Tran that premiered at BodyVox Dance in November, 2014. Aside from creating her own work, Ross has performed with Linda Austin, Dawn Stoppiello and Zoe/Juniper. She is one of the founders of FRONT, a newspaper dedicated to contemporary dance and performance and on the board of the Creative Music Guild. Along with Tran, she curates the poetry/dance/film series Pure Surface at Valentines.