Curiosity - In Praise of Shadows 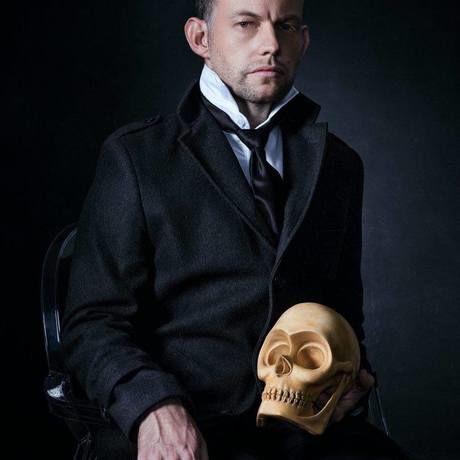 Pierre is currently the CEO of HumanWrites changing the world one wee square notebook at a time. Originally from a design background, he has shown to critical acclaim at Fashion Week, created award winning campaigns as a stylist, worked as brand curator for the SABS Design Institute, and freelanced as an art and creative director. He is also an artist, working with socio-political themes, cultural diversity, and the tension between absence and presence.

The other half of his life is in philosophy and spirituality. He leads a contemplative faith community in the city of Cape Town and he is also a published author.

He is a popular speaker on chaos and innovation, speaking regularly at conferences and corporate sessions, and an educator at Duke University. He has been featured numerous times on TEDx. His clients include BMW, Old Mutual, KFC, Adcock Ingram and others.

Pierre is an eternally curious flâneur, a wanderer of the city streets, an urbanite observer. He reads like a maniac, but only when he is not online. His talks on leadership, chaos, and innovation leave audiences inspired and equipped to create great work in a volatile world.

His alter ego is the love child of Gertrude Stein and Jason Bourne.

He lives in Cape Town with his wife, two kids, and his iPhone.