How to be human in a creative world 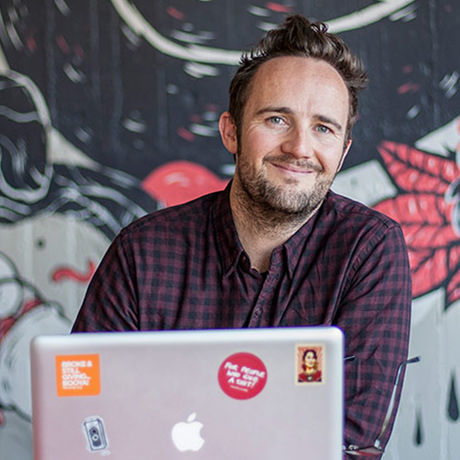 This month we’re being joined by humble hustler Pat Shepherd who’s speaking to “being human in a creative world” for our global theme COMPASSION.

What part does compassion, generosity and being human play in your creative world? When many people think about compassion they often picture the big things, homelessness, famine, war, etc. In this month’s talk, Pat Shepherd will explore the little things and what part your creativity plays in creating a more compassionate world.

Pat Shepherd is a photographer, designer and humble hustler. Documenting the Kiwi music scene for 10 years was not the typical channel that leads to people working in the world of charity. However, Pat was so inspired by the generosity of the musicians he met, that he set out to capture their stories in the form of a free street publication he launched called Exposure Lifestyles. Over the seven issues produced, there was one issue of the publication that led him into launching The Good Karma Project, where he volunteered on the Thai/Burma border with migrant and refugee children from Burma. He taught the kids photography and art, raising over $10,000 for their education and health needs.

It was this blend of creativity and charity that led to him co-managing the charity SpinningTop and saw him working with street artist Misery to set up The Little Lotus Project. Over two years they worked with over 15 artists from around the world to raise more than $40,000 to support the children on the border.

All of these projects were a wonderful lead into his current role as Chief Doer of Things at One Percent Collective, a charity he launched in 2012. The charity exists to inspire more generosity in this world and to simplify the role of regular giving in helping Kiwi-based causes to have more impact and innovation in all they do. With over 300 donors and almost $500,000 raised, they are excited about changing the user experience around regular giving and have had voluntary support from some of the best designers and UX teams in Wellington to help them keep improving how they do things.