Chef Osama Dalal shares his passion to the sea and its fruits. Fishing since childhood and inspired by his family traditions, Osama describes his work and love to cooking and creating with fish. 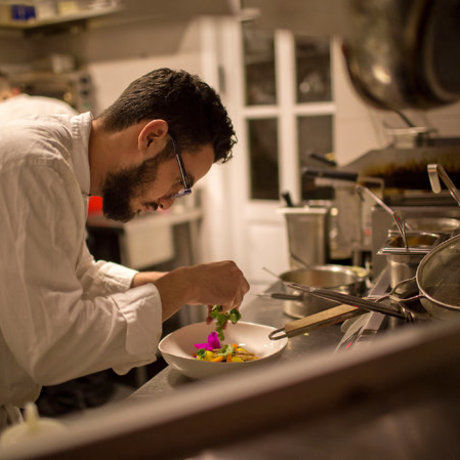 Originally from Acre/Akko, his love for food was awakened first by his grandmother, whose house jutted directly over the sea.

Cooking with her was his version of culinary school. Although he has no formal training in the kitchen he helped her prepare meals since he was 16 - feasts of muhammar with wrapped sardines, kubbe balls formed from chopped grouper fish, and maqluba with thick chunks of octopus glistening among the cauliflower, eggplant and potatoes.

At Maiar, in Tel Aviv, Osama prepares creative dishes influenced by his roots and inspired by his love of food.