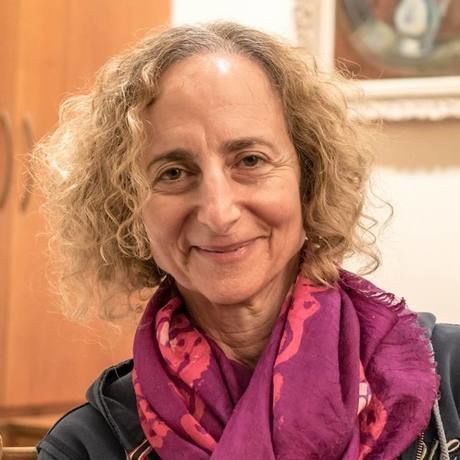 Born a baby boy in 1958 in Haifa, Nina felt from a very early age that she was not really a boy, and this knowledge terrified her. From age 5 onward she already understood she had to embrace masculinity, choosing what she perceived as masculine behaviors and interests. Later, she served as an IDF paratrooper, worked as a fisherman and hitched her way across the Pacific on sailboats.

During her years as an art student in Bezalel she first connected to her body and discovered the endless depths of her female being and sexuality. Still, it took her many more years to understand that contrary to body and biography she was not a man with a deep unresolved yearning for the feminine, but actually a woman - a liberating revelation that radically changed the course of her life.

When Nina set out on her transition from male to female she was married to Dganit. 15 years later, they are still together; their daughter, Noa, is now 19 and a soldier in the army – the first trans couple in Israel to make it through transition without breaking apart. Following the 2008 economic crisis Nina found herself jobless and ready to come out to the world as a woman. She and Dganit then founded Lachmanina, an artisan bakery that was a huge business success, as well as a valuable contribution to transgender visibility in Israel.

These days Nina is fully engaged in work for the trans community ranging from outreach within the community, to education of medical professionals and the promotion of trans inclusiveness.