Nads Spencer speaks on the chance to wonder 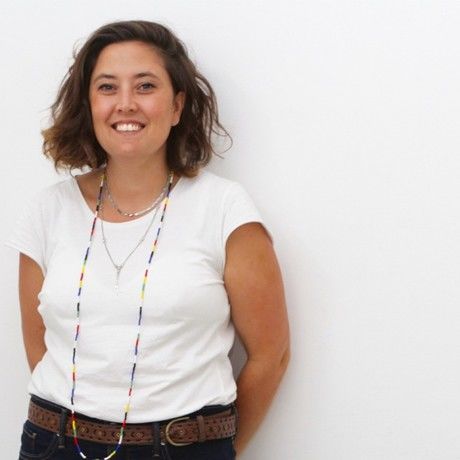 Nadine Spencer is a Creative Director at Telstra. She is a multi-award winning creative with over 15 years experience.

She describes herself as a force; a force of laughter, a force of risk taking, and a force of fun. She loves pushing boundaries and helping brands realise their potential.

Her career as a creative producer and director started at Foxtel across their music channels (Channel V, Max, Smooth). In her 7 years at Foxtel she directed and interviewed some of the biggest names in music including Alicia Keys, Pharrell Williams, Lily Allen, TV On The Radio and Beck. She also developed and produced shows, rebranded channels and launched new Foxtel channels.

With a desire to continuously be challenged, Nadine left broadcast and stepped into advertising – a feat that is rarely successful. A year later she was the Creative & Content Director and Head of Production at ‘Now We Collide’, a creative and content agency. Nadine worked with brands such as Chang Beer, Princess Cruises, Toyota and Disney.

Nadine has won international awards for her creative campaigns from Promax BDA Global and she has been invited to judge TV advertising awards in Australia and Internationally.

A career highlight for Nadine was being flown over to LA to interview Smokey Robinson and producing and directing commercials and TV shows in Thailand and The U.S.

At the beginning of 2019 Nadine yet again decided to take on another huge challenge when she was asked to go client side as Creative and Production Lead at Telstra. Here, she leads two teams of creatives in both Melbourne and Sydney, working predominantly in Social Media content, a far cry from TV land but an excellent challenge that allows her to grow and develop her creative prowess. At Telstra, Nadine is on a mission to communicate a positive brand message, educating people on the work Telstra is doing to connect and enhance the lives of all Australians.

Nadine is also fiercely passionate about environmental sustainability and is well known for having a Zero Waste and Plastic Free Policy on set. On all her shoots cast, crew and clients must abide. No plastic or waste is tolerated.