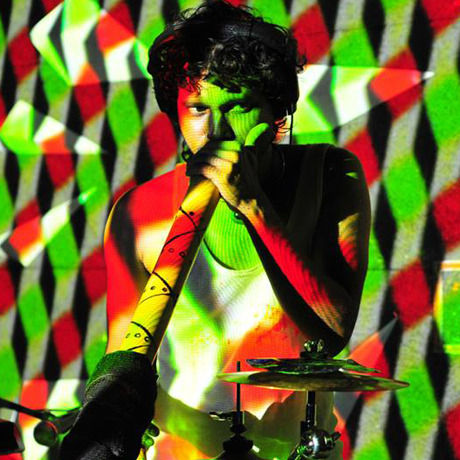 Montry Manuel, a percussionist was born and brought up at Cochin, had the love for music since his childhood. He was influenced by his father for all his creative ways of living and love for music. He was trained by his guru Jerry Peter who instilled in him the love of drums. He later learned about the finer nuances of different drumming styles from Jeoraj Stanley. Thaalavattam was formed in 2012, and in Malayalam, the word means “ A Circle of Rhythm”. Music breaks barriers set by language, cultures and beyond, hence Thaalavattam aims to inspire people to reuse, reduce and upcycle in fun, creative ways. Montry’s vision is to do whatever possible to clean up the waste that is plaguing India. The musical instruments he uses in his performances are mostly created by his team of artists and is constantly evolving. Mixed with electronically sampled sounds he creates music that is immersive and entertaining. Thaalavattam produces unique sounds from upcycled materials like (discarded PVC pipes, Drums made of paint cans, tins, plastic bottles, shock absorber springs, cycle sprocket, scrap pipe etc.). At the moment in India, Taalavattam also conducts rhythm rush (A drum circle event) through which they try to encourage people to recycle and re-use waste materials. This is an awareness building exercise through which they educate the group, the importance of recycling. They also have a space designing concept from scraps.