Dom Dressler How can you find and keep inspiration?

Andrea Braccaloni speaks about minimalism and shared his experience as Leftloft co-founder and creative director.

Andrea Braccaloni shares his insights and experiences over the past 17 years as one of Leftloft’s founding partners. Leftloft is an independent, full-service, graphic design practice with offices in Milan and New York City. Tackling the topic of Minimal, Andrea speaks to the style of minimalism, but more importantly, and what he finds most interesting: having a minimal process when approaching design problems.

Through the stories of a few case studies, Andrea tells how the studio approaches projects in a minimal way, sheds light on certain misconceptions around minimalism, along with some shameless photos. 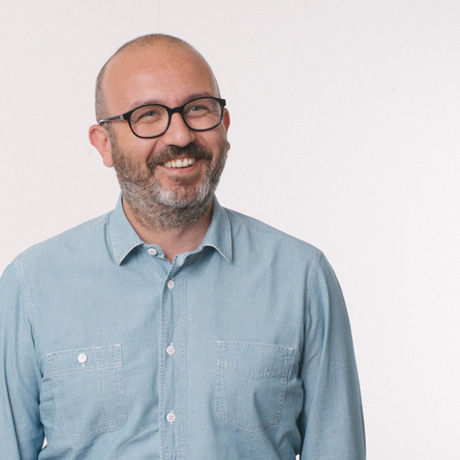 Andrea Braccaloni and his partners founded Leftloft in 1997 after they met while studying Architecture. Andrea is Creative Director and a communication strategist with a keen passion for type design. Since its founding, Leftloft has worked on hundreds of projects, ranging from a rebranding for Moleskine to original typefaces for Corriere della Sera, from editorial projects such as ICON and Sette, to the art direction of Internazionale FC and complete branding of the dOCUMENTA(13) exhibition in 2012. Most recently, Leftloft has received awards from the likes of ED, D&AD, TDC Annual, Creative Review Annual, Laus awards, as well as numerous nominations.

In addition to his role at Leftloft, Andrea has been an instructor in graphic and type design at Politecnico di Milano since 2001

All of a sudden, we realized that someone was paying us for having such a good time. — Andrea Braccaloni

If you take a minimal approach to a project, this leads to a minimal solution. — Andrea Braccaloni