Join Megan Callahan as she shares her personal story, and touches on how tending to one’s emotional health and learning to hold space increases our capacity to stay healthy, creative, present in difficult situations, and grounded in our hearts. By tending to our emotional discharge with practical tools and self-care, we make the space to answer the call for how the world is needing us to be of service. 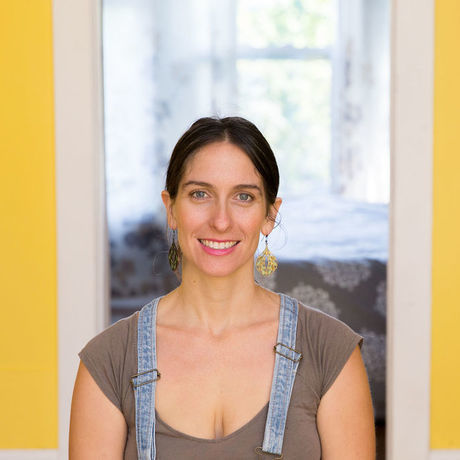 Megan is both a performing and holistic artist. She knew as a young child that she was a highly creative being, and was drawn to assisting and empowering people from all walks of life on their journeys. She loves to work with people to help them become more connected to and aware of their innate wisdom and potential. She found her way to yoga as a young teen ago to help with a serious physical condition, and continues to be amazed and humbled by what is discovered on and off the mat, and works to deeply honor the lineage from which this practice emerged, and to help the practice become more accessible to all folks seeking liberation and self-actualization, and to support how folks can show up in service with a balanced heart during these critical times. She has been teaching various forms of yoga and meditation since 2003 and currently is the director of a yoga and movement studio for all ages in North Buffalo called Yoga Parkside. Her private yoga clients include JoAnn Falletta, Dr. Lenard Kaplan (who incorporated Yoga into his comprehensive sports medicine practice) and other prominent figures.

She is also an energy worker of several modalities, a writer, actor, musician, and director. She has taught theater for over fifteen years, and holds a Master of Fine Arts in Acting from Wayne State University/The Hilberry Repertory Theatre Company, has a certificate of completion as a teacher in the Michael Chekhov technique, which she has been studying since 2004, and has studied at the Moscow Art Theater (MXAT) and the Globe Theater in London. In addition to teaching theater to all ages, Megan is a nominated and acclaimed director, dialect coach, actor and musician. She has taught the Michael Chekhov technique for many years, including workshops in Ireland and throughout the United States. Most recently she directed an award winning production of Frankenstein (via the Kennedy Center’s American College Theater Festival) at her alma mater of Ramapo College of New Jersey. Some of her local directing credits include, Mojada (RaÌces Theater Company, staged reading), My Birthday Party (Against the Grain Theater Festival, staged reading), Lulu, Uncle Vanya, He Who Gets Slapped, The Furies of Mother Jones and Far Away. As an actor and dialect coach she has worked with Torn Space Theater, ICTC, Musicalfare, Jewish Repertory Theater, The Kavinoky, Theater of Youth, Shakespeare in Delaware Park, Second Generation Theater, BUA, Subversive Theater Collective and The Alt. She is also a mother to two young, energetic and lovely boys.