“This is My Day Job: The Bravery of the Artist”

The artist as the ‘cultural plumber’ and living as a viable machine.

Hellion Gallery strives to be the place between the craft boutiques and the higher end galleries. Matt believes that artists should look forward to a lifelong career rather than a flash in the pan. Matt states, “It’s a marathon, not the 20yd dash.” He encourages everyone to become patrons in this artists economy. 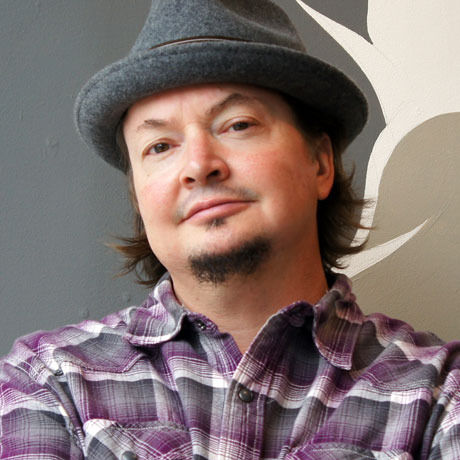 Matt Wagner is an art director and the owner and curator of Hellion Gallery. After earning a BA in Fine Arts from Indiana University, Matt moved to Portland, Oregon in 1996 and began curating art shows for local galleries. In 2010 Matt opened his own Hellion Gallery with the simple goal of seeking out and sharing great art from around the world.  His first trip to Japan in 1999 sparked an appreciation for Japanese culture and art, and he now returns to Japan several times each year. He curates art exhibitions in Tokyo, San Diego and Portland. Some of his most recent projects include publishing two books with Overcup Press, “The Tall Trees of Tokyo” (2012) and “The Tall Trees of Portland” (2014); co-organizing “The Forest for the Trees” mural festival this August in Portland; and curating the artwork for the limited edition Gigantic Brewing labels.