A noble act of selflessness

In this talk, Master Ayub speaks from his heart about his journey of educating the street children in an open park in Islamabad. He talks about the challenges he faced along with recognizing people who helped him in his mission 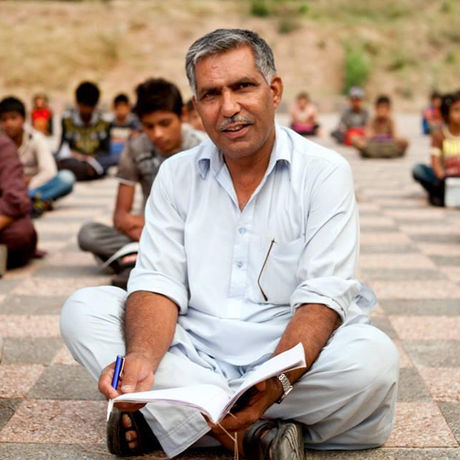 Master Ayub is a fireman, a a civil defence worker. The year 1988 marked the Ojhri Camp disaster in which an ammunitions depot in Rawalpindi exploded, killing more than 1,300 people. As a fireman, Ayub saw the human face of this tragedy and his view of the world was changed forever.

Living in the nation’s capital, Ayub saw poverty all around him and vowed to make a difference, however small. So one day he went to Supermarket, an elite shopping district in Islamabad, gathered up a few children, and decided to teach them how to read and write in a “Public Park”. At first it wasn’t easy but once a few children were reading and writing fluently, parents began to approach him, asking him to teach their children. That park, located in one of Islamabad’s most prestigious neighbourhoods, is where he continues to teach to this day.

These days, Ayub’s informal school accommodates between 200 and 300 students each year. In the last 35 years, Master Ayub, as he is known, has taught thousands of children from the most impoverished families in Islamabad.

While many individuals across the country are working hard to make sure that Pakistan’s children have a better future, few have done so as tirelessly for so many years and with so little support. Master Ayub is an inspiration to us all, and a reminder that all it takes to transform the lives of thousands of children is one person with a dream to help others.