See for yourself
All Talks Individuals Chapters
ct

part of a series on Compassion 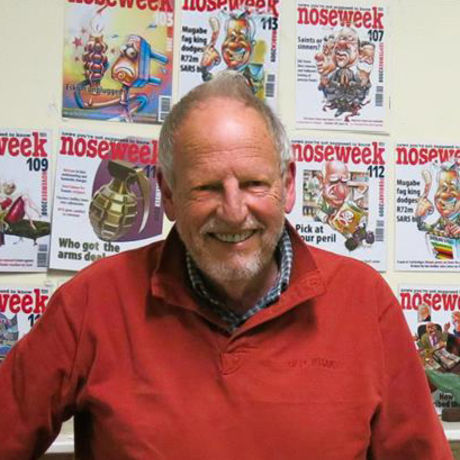 Martin’s mother had been a journalist in Paris, but in South Africa became a shopkeeper (in Worcester) selling “all the things she liked” - refined household crockery and furnishings imported from Europe, Persian rugs, antique Chinese porcelain and books. His father was the then famous artist Jean Welz, so he was brought up looking at art, helping in the shop, playing rugby (not very well) and reading at least two newspapers a day.

After several civil service positions while studying law part-time Martin became, in turn, head of the Sunday Times’s Pretoria bureau (where he reported extensively on the assassination of Dr Robert Smit and on the so-called Information Scandal – that era’s equivalent of the Arms Deal), Parliamentary Correspondent for the Sunday Express (where his reports led to the resignation of three cabinet ministers: Hennie van der Walt, Pietie du Plessis and Fanie Botha), and head of Investigations at Rapport (where he exposed the so-called “Kubus” pyramid scheme, probably the biggest consumer fraud of the century).

Martin spent a year in London gaining insight into the Sicilian mafia and how it operates worldwide, including in South Africa, and for three years running visited America on the trail of the US’s biggest ever postal fraud – the foreign offshoot of SA’s Kubus scheme.

In 1987 he returned to Cape Town to work as a freelance journalist and copywriter.

Amongst his many awards, in 2003 he received the Mondi Premier Award for Business Journalism and shortly thereafter the Sanlam Award for services to journalism.

Twenty-four years later Noseweek and Martin are still to be found battling on the front-line.

Amazee Labs is a leading Drupal & React agency, with a passion for engaging and user friendly web design. Our services include web consulting, web development as well as hosting and maintenance according to our clients’ requirements.

The Premium Juice made the Down to Earth Way.

Bean the Change is a new premium coffee brand based in Gugulethu that empowers local communities through training and mentorship at our township cafe’s.

Creative Cape Town communicates, supports and facilitates the development of the creative and knowledge economy in Cape Town through key partnerships – with the vision of making the central city a leading centre for knowledge, innovation, creativity and culture in Africa and the South.

Meet and greet upstairs at the Friends of Design Academy for a complimentary coffee and breakfast followed by a 20 min talk.