Mark Montgomery shares his investment “secret”: making decisions based on what you love, what you value, and what you’re great at.

Mark Montgomery has taken on a myriad of roles transforming and innovating in tech, music, entrepreneurship, and consumer brands. But when he lost the love of his life to cancer and was left as the sole parent to their daughter who was just 3 years old at the time, his life and focus changed and he discovered what really matters. Mark reminds us that the best investment we can make is in ourselves, and shares with us his decision-making matrix that guides his professional decisions. Its makeup is simple and involves asking three questions: “What do I love?”, “What do I value?”, and “What am I great at?“. 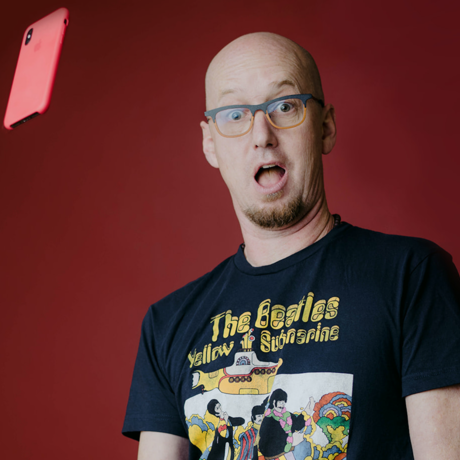 A creative catalyst, Mark has spent a lifetime bringing transformation and innovation to entrepreneurship, tech, music, and consumer brands. Working with everyone from A-list artists to banks, venture firms, healthcare companies, spirits companies, large consumer brands, political campaigns, and startups, he’s generated hundreds of millions of dollars of shareholder value and economic impact. His current work is focused on empowering creative transformation: from guiding young entrepreneurs to advising C- Suites at banks, consumer data firms, and disruptive tech companies, there’s two constant themes: innovative leadership and the willingness to jump off a cliff for the right cause. More at hellomarko.com

• A digital pioneer with 25+ years in the space. • Co-founded one of the first 5 companies to sell music direct to consumers on the web in 1995. • In 1999 co-founded and led one of the pioneers in the direct to fan space Echomusic. The company was sold to IAC/Ticketmaster in 2007 for $25MM, returning nearly 10x to investors in under 18 months. • Winner of multiple “Best in Business”, “Best Places to Work in Nashville”, and "Entrepreneur of the Year” awards. • Key player in the creation of the Nashville Entrepreneur Center, co-chair of the committee to operationalize the EC. • Claritas Capital’s first EIR, leading investment decisions in their digital media segment. Assisted in both wind down of poor investments, as well as acceleration of promising investments (see next bullet). • BOD of Studio Now, plus an operational role (biz dev, strategy and brand) company sold to AOL for $38MM. (see founders quote below). • Responsible for creation and launch of well over 1500 commercial web properties across a variety of verticals, including entertainment, real estate, big data, banking, CPG’s etc. • Board of directors of well over 2 dozen for profit and not for profit enterprises, including the EC, WO Smith School of Music, ACM’s, AMA (Board Chair), Artist Growth, BandPosters, Topspin (D2F leader sold to Apple), Hands on Nashville, the Nashville Tech Council, the Nashville Software School, the Music City Music Council, and a host of others. • Private investor in over 20 local and national startups. • Nationally recognized thought leader and speaker in the direct consumer ecommerce space (see endorsements below). @hellomarko • In 2011, founded FLO, a hybrid think tank and investment vehicle. Recognized in 2014 by Oxford University at Cambridge as one of the 65 most innovative companies in the US (along with the likes of companies like IDEO). • Co-founded the Made In Network with Kevin Grosch. Current market value in excess of $50 MM. • Retained by superstar artist Kenny Chesney to enter the CPG/Spirits market to launch Blue Chair Bay Rum, which maintains the title of the fastest growing new company spirits launch in the history of liquor. Current market value in excess of $100MM. • Created and implemented the recruitment process of global powerhouse Google to the Nashville market. Created the “Google for Entrepreneurs” and “Google for Creators” brands in conjunction with Google. Predicted that within 5years, Googles investment in the Nashville market would top $500MM. To date, Google has invested nearly $700MM in Tennessee commercially, and has given an untold amount of philanthropic dollars. • Professor at MTSU in the College of Media and Entertainment, and co- creator of aminorinreality.com - a class focused on the intersections of music, tech and entrepreneurship. • Co-founder of MG Partners real estate development, who over the past 10 years has bought and sold a variety of real estate, including the recently sold (2019) INK Building (https://vimeo.com/280795011), a center for music and tech innovation in the Nashville market. • Walked away from all this and more when his beloved wife contracted and eventually passed from cancer. The nearly 18 month hiatus ended January of 2017, after taking the job on the best startup he’s ever worked on, Magnolia Grace Montgomery. • Back at it hard in 2020, co-founding Nusachi Holdings, a hemp holding company focused on providing high quality hemp products to the global marketplace.