Determination and will to make a difference are the keys!

Madeeha Raza is the founder of Women Through Film. Women Through Film is a Pakistan based initiative trying to encourage and facilitate young girls and women to use self-expression, storytelling, fiction, and citizen journalism through filmmaking to raise their voice and create social change. In this talk, Madeeha shared her own story of struggles, successes, and failures and how she fought gender biases and launched Pakistan’s First International Women Film Festival. Her story is a story of determination, courage, will to never give up and to show the world that women can do anything! 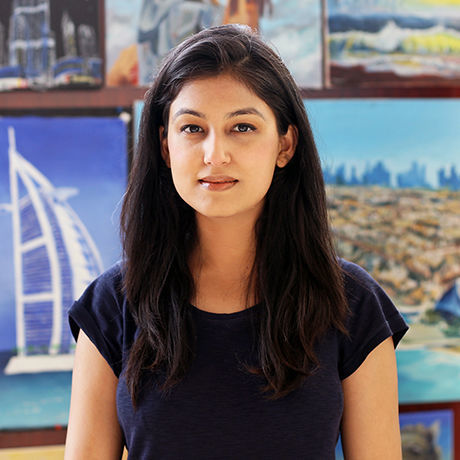 Madeeha loves film. In many different ways. She’s a filmmaker, a film teacher and film curator. Pressed with the absence of women in the field of film and documentary making, she created “Women Through Film” as an outlet empowering women to tell stories about women. Her organisation provides a platform for young girls and women to learn and practice film as art and as a tool for social messaging. She regularly holds workshops and strives to expand the community of female filmmakers.

She’s the director of Pakistan’s first Women International Film Festival that took place earlier this year marking the end of Women’s Week and became a huge success. At the moment, she’s working to scale her work, and turn her project into a travelling film festival.

Her work has been featured by BBC Urdu, BBC Asian Network, The Times & the Sunday Times UK, besides Dawn, Express Tribune and The News. She has recently been announced as the recipient of the LifeEffects Star Award 2017 at Croydon, London.