part of a series on Intention 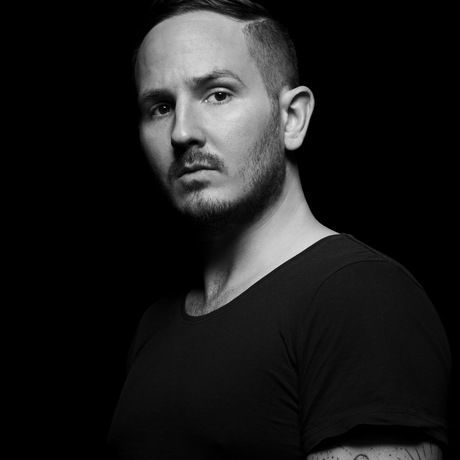 Louis Minnaar is a South African artist, working in a wide array of visual and audio fields. As a director, editor and animator, Louis is a commercials director at Darling Films, and has independently made dozens of music videos. As a fine artist, making work that ranges from illustrative to abstract to installation pieces, Louis has participated in many group exhibitions and had four solo shows. As a filmmaker and producer, Louis’ Afrikaans sci-fi short SIKLUS is a flagship of South African indie filmmaking. As a musician and performer, Louis’ classical music background as a cellist informs his electronic music-making with electro-rap pioneers Bittereinder, as well as his solo project “LT”. As a sound designer, Louis co-founded Planet Awesome with Peach van Pletzen to create soundscapes for commercials and films. As a production designer and stage designer, Louis has worked independently and with his wife Nadine Minnaar of Scene Visual Productions to create a variety of theatre, award show and film set designs. As a graphic designer, Louis co-founded a company called Albino Creations with Werner Burger, specialising in illustration, design and animation. Louis’ prolific body of work spanning nearly two decades has generated an impressive list of awards, critical acclaim, national and international collaborators and clients.

Tranquini, the naturally calming soft drink, wants the world to relax and be positive so that more good can happen for all of us.

Vega was formed in 1999 in anticipation of the shift in the global paradigm away from conventional marketing and advertising toward a synchronous cohesion of design, branding and business. With the reconfiguration of traditional platforms and the emergence of new ones, it is the art, craft and science of branding that has become the universal language of the marketplace. Think of brands such as Google, Greenpeace and Apple: brands are far more than letters and logos but powerful cultural forces shaping the world as we know it. Concomitant with this seismic shift in the industry landscape arose an urgent need to educate South Africa’s most talented young minds in preparation for this brave new world. A new school of thought was called for and Vega answered that call. With branding being the DNA of Vega, the school is ideally positioned to meet the rapidly growing needs of industry by supplying students with the conceptual, strategic and practical skill-sets required to rise to the challenge of the future. The World Economic Forum in 2016 revealed the findings of its study entitled The Ten Skills You Need to Thrive in the Fourth Industrial Revolution. The three skills topping this list are Complex Problem Solving; Critical Thinking and Creativity. These are the cornerstones upon which Vega is built. Vega therefore aims to graduate a new breed of thinker by delivering fully accredited Certificates, Baccalaureates, Honours and Masters programmes in brand leadership; brand management; brand innovation; brand strategy and creative brand communication. An IIE degree is of the exact same standard as one found in any state university or private university.

We are a Bakery and Coffee shop on Conrad drive, Blairgowrie, that specialise in Novelty cakes, from birthday to wedding and the just because you want something a bit more special. We also have a wide range of sweet and savory treats, available daily or to order. All our products are baked preservative and additive free, using Stone ground flour from our family Mill - Champagne Valley Stonemill- in KwaZulu Natal. In our bakery, we craft our products the old fashioned way; love, joy and with passion.

Digital publishing company Between 10and5 publishes a daily website at 10and5.com (you’re reading it!) that serves as a curated online showcase of the best that the South African creative industry has to offer across a broad range of categories: graphic design, advertising, illustration, art, fashion, film, photography and music.

Nicework helps leaders of companies, who want to make a dent in the world, build brands people give a shit about.

We do this by getting people to care.

If you look closely, you can see the intention behind the action, a project, or a sassy tweet.

Intention is palpable. A hand-written thank you resonates in our hearts more strongly than an email. One person standing for something pales in comparison to a community fighting for something. Beautiful work is not by accident. Beauty grows from the seed of a clear intention.

How do we get better at setting clear intentions?

The same way we improve at anything: with practice, self-awareness, feedback from friends, and learning how to show up more wholeheartedly.

This month’s global exploration of Intention was chosen by our Nashville chapter, and illustrated by Nik Daum. Thank you to MailChimp, Adobe, and WordPress.com for supporting our global creative community. ❤️