Linor Goralik, writer, modern clothes researcher, communications director of Bezgranits, a project supporting people with disabilities, told us why special clothes need to be created for these people

Linor Goralik, writer, modern clothes researcher, communications director of Bezgranits, a project supporting people with disabilities, told us why special clothes need to be created for these people, why and how clothes influence our perception of the disabled community and why designers have difficulties addressing the topic, despite the existence of a large market demand. 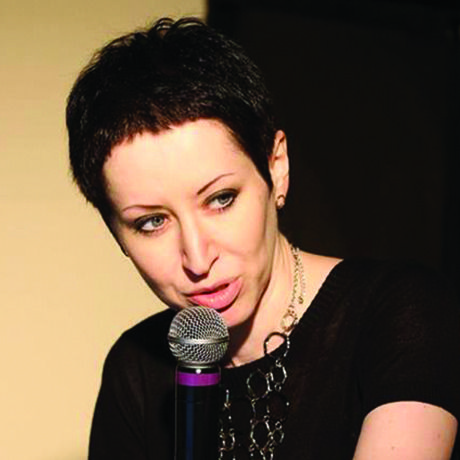 Poet , writer, contemporary costume researcher, communications director of “BezGranits”. Born in 1975 in Dnepropetrovsk, graduated from the University of Beer-Sheva in Israel with a degree in Computer Science. Since 2001 lives and works in Moscow. The author of two novels (“No”, co-authored with Sergei Kuznetsov, and “Half the Sky”, in collaboration with Stanislav Lvovsky), two collections of short fiction stories and poetry, the author of a documentary book “Hollow Woman”, as well as of the famous comic book “The Hare Pts and its imaginary friends”. Permanent author at “Theory of Fashion”, “New Literary Review”, “Vedomosti” newspaper and other publications.

In reality, we are all interrelated. — Linor Goralik

There is the courage and bravery in those people with disabilities who are ready and willing to be well-dressed. — Linor Goralik

You are ready to be well-dressed, and this readiness means that you as a person with disabilities who wants to be seen despite the fact that society doesn't want to notice you. — Linor Goralik

There is not a person who doesn't have body peculiarities. — Linor Goralik