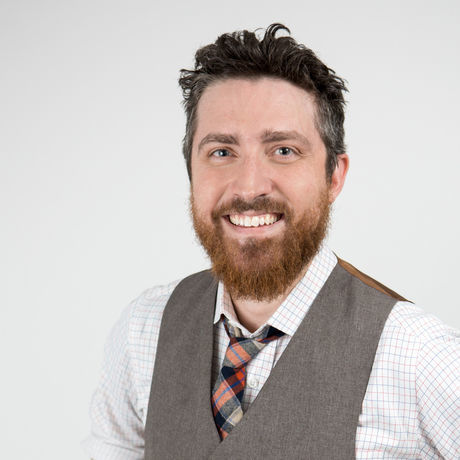 Kevin started improvising with Rapid Fire Theatre in Edmonton, Alberta as a teenager in 1996. As an undergraduate he studied Theatre and Creative Writing at the University of Alberta. He then went on to take the Post-Graduate Comedy Writing and Performance program at Humber College in Toronto. Kevin is one-half of the comedy duo Scratch (with Arlen Konopaki), which has toured several times across Canada, Europe and Australia (highlights include appearances at the Melbourne International Comedy Festival, the English Theatre of Berlin, and the Vancouver International Improv Festival). So far the Scratch boys have written two plays together: Revengence and Effed Up Fairy Tales, both produced at the Edmonton Fringe Festival and at Dad’s Garage in Atlanta. Kevin was the Associate Artistic Director of Rapid Fire Theatre from 2005-2007, before becoming the Artistic Director of the company from 2008-2009. He became the Artistic Director of Dad’s Garage Theatre in 2010, a title which he amazingly still holds. Some of his favorite theatre projects since taking the reins down south include directing the only production of Two Gentlemen of Lebowski to be approved by the Coen Brothers, co-writing/co-directing The Supervillain Monologues, directing the heart-touching comedy V.I.P. Room and co-writing/directing Musicals Suck: The Musical! He is most proud, though, of launching a new wing of the company: Dad’s Garage TV. In just a few short years DGTV has won an award at the L.A. Comedy Festival for best Music Video, been a finalist in the AV Club’s Paramater Film Festival, and produced both a ton of online videos and some commercials for broadcast. In his spare time Kevin is a loving husband to his beautiful wife, Amber.