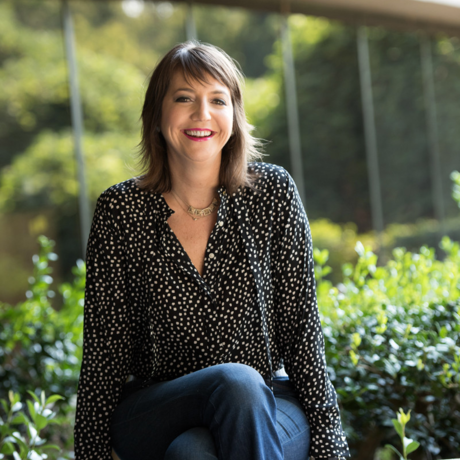 Kate was 12 years old when her mother passed away after a long and courageous battle with breast cancer. Twelve years later she founded Kate’s Club, a nationally-acclaimed not-for-profit organization that provides support to children and teens facing life after the death of a parent or sibling.

In September 2015, Kate joined the Metro Atlanta Chamber, as Vice President of Marketing, to lead the recently launched ChooseATL initiative. In this newly created role, Kate is responsible for focusing the region’s narrative to showcase all that metro Atlanta has to offer with the purpose to attract and retain top talent.

Kate has participated in her fair share of media along the way. She has been featured in People Magazine, Real Simple Magazine, Marie Claire Magazine, Huffington Post, and has had appearances on the Today Show, the Meredith Vieira Show, CNN, and ABC-TV’s The View. She was recognized in the Atlanta Business Chronicle’s feature “Up and Comers: Top 40 under 40”, and was honored by Georgia Trend Magazine as one of Georgia’s “40 under 40.” In 2013, she was named to GOOD Magazine’s global “GOOD 100” list for her commitment to helping others.

Kate has been featured in six books as a thought-leader on personal giving and social entrepreneurship. She resides in Atlanta, Georgia.