The Dead Will Outnumber The Living!

Hear the story of the Zombie Pub Crawl in Minneapolis, the world’s first and largest festival of crawling, partying dead.

Chuck Terhark and Jonathan Ackerman talk about how they came up with the idea for the Zombie Pub Crawl and built it into a massive festival with 30,000 attendees. 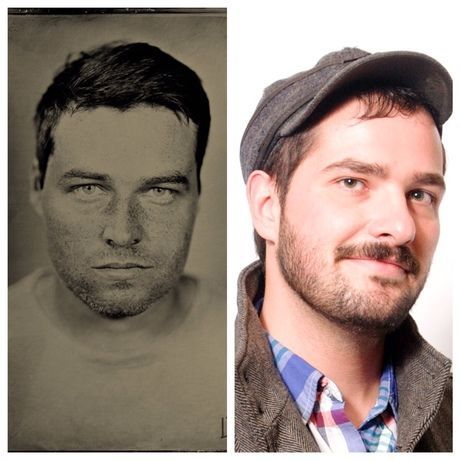 Look, the only thing you really need to know about Jonathan Ackerman is that he’s from Texas, and everything you’ve heard about Texas is true. You think their toast is big? Jonathan Ackerman is three slices of toast. He’s a DJ club sandwich. When you party with Jonathan Ackerman, you stay partied. He’s been called the “most eligible bachelor in the Twin Cities,” the “tallest DJ in town,” and a guy who “kind of has his stuff together.” Is he the biggest DJ in Minnesota? Maybe. But he probably is the tallest. If these were the Triplet Cities, the third city would be called Jonathan Ackerman. It would be the biggest, craziest city you’ve ever seen. The kind of city where you wouldn’t want your daughter to go. A little slice of Texas right here in Minnesota. Listen. Don’t mess with Jonathan Ackerman. Actually, yeah, you can totally mess with him if you want. He can take it.

Chuck Terhark is a writer, editor, trivia host, musician, amateur filmmaker, and self-proclaimed “serial job-quitter.” In 2005, Chuck and Jonathan Ackerman founded the Zombie Pub Crawl, which holds the Guinness World Record for Largest Gathering of Zombies. He co-owns and operates Minnesota’s largest pub trivia company, Trivia Mafia. Chuck is a former magazine editor and current freelance writer/editor. He also performs with the Como Avenue Jug Band and was once the president of a juggling club.