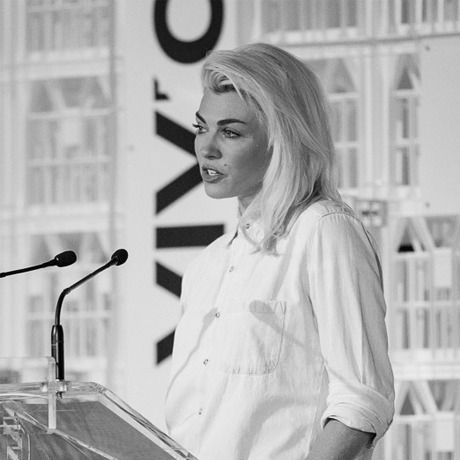 Jo Pretyman is a social entrepreneur who believes in the power of creativity to create social and economic change. She works to see creativity shape a resilient, prosperous and socially inclusive future for Australia and for creativity to be celebrated and understood as an infinite national resource.

Jo is the founder of I-Manifest, an innovative charity that passionately believes new thinking can solve the current youth unemployment crisis. I-Manifest recognizes that in a rapidly changing world, creativity is the new currency. They provide pathways for young people to pursue real, sustainable careers in the creative economy.

With a strong philanthropic and creative background Jo’s previous roles include Founder and Producer at The Philanthropic Foodie, an independent think tank activating Sydney’s cult foodies to raise money for Youth Off The Streets, and as Communications Manager of A Start in Life, where she rebranded and launched the education charity.

Following her early work life in public relations for international skincare brand Ella Baché, Jo worked as assistant to CEO Team Vodafone at advertising juggernaut WPP in London, spent five years as right hand to the Director of We Love Sundays.. Space Ibiza, moonlighted with a record company in Berlin and launched her own fashion label in Ibiza.

“Living a life of use to others" is her mantra and she hopes to inspire others to do the same.