Comedy: The Language of Risk 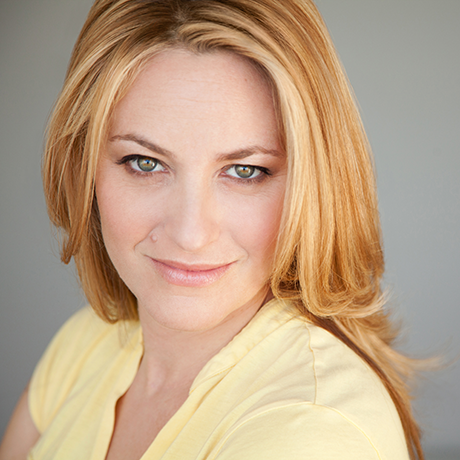 As a professional actress, Jamie Denbo has appeared on FOX’s Grandfathered, Netflix’s Orange is the New Black, IFC’s Comedy Bang Bang and many others. She also co-starred in the feature films, Daddy’s Home, Spy and The Heat.

As a writer, Jamie has developed pilots for IFC, FX, Comedy Central, ABC Family and CBS. She has also written feature film scripts for Universal and Disney. Currently, Denbo can be seen performing regularly as one half of the alternative comedy act, Ronna & Beverly, with Jessica Chaffin at Upright Citizens Brigade Theater. Ronna & Beverly have appeared in dozens of venues and comedy festivals all over the U.S. and abroad including London’s Soho Theater, SXSW and the Edinburgh Fringe Festival. Ronna & Beverly can also be found on their bi-weekly podcast on the Earwolf network.

Jamie spent two years performing live improv comedy at the Comedy Warehouse at Walt Disney World in Orlando, FL She then performed and taught at New York City’s Chicago City Limits (both Resident and National Touring Company) for several years. She also performed and taught at the original UCB Theatre in New York City. Her first original one person show, Pixie Chick, (dir: Amy Poehler), was an official selection for the U.S. Comedy Arts Festival in Aspen, CO. Her second one person show, Rennie!, won first place in the 15 Minutes of FEM competition in Los Angeles. It chronicles her true-life experiences working on the Renaissance Festival Circuit.

When you take a risk you don't just risk being not liked, you risk being loved. — Jamie Denbo

Whatever language you speak, it doesn’t serve you to please everyone. — Jamie Denbo