Hedi Hoka The importance of self-cultivation 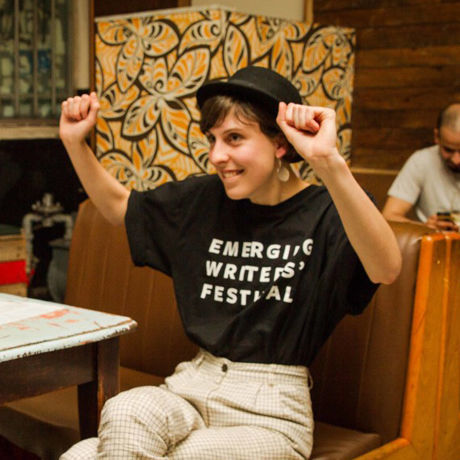 Izzy Roberts-Orr is a Melbourne producer, writer, editor and broadcaster. She is Artistic Director and Co-CEO of the Emerging Writers’ Festival and Executive Producer of The ReReaders and Sisteria podcasts. She has produced radio for SYN, RRR and FBi radio’s ‘All the Best’.

Izzy has worked as a Creative Producer, and been featured as an artist with the Emerging Writers’ Festival. As a facilitator, curator and provocateur, Izzy has worked with Voiceworks, Express Media, the Victorian Indigenous Literary Festival, Writers’ Victoria, SIGNAL, ARTillery, the University of Glasgow and most recently as a co-convenor of ‘Independent Convergence’ at MPavilion.

She has been a Wheeler Centre Hot Desk Fellow, a Melbourne Fringe Uncommon Places artist and a featured artist at Junction Arts Festival. Izzy has also featured at Noted Festival and You Are Here, and her work has been published in various journals and anthologies including Voiceworks, The Lifted Brow, Seizure, Cordite, Visible Ink and the Contemporary Australian Feminist Poetry Anthology.

Telling stories does have the power to influence people and create change. — Izzy Roberts-Orr