Can I Kick It?

Idris Goodwin breaks down the elements of an effective rapper and shares how his relationship with hip hop was the vehicle to finding his voice as a storyteller. 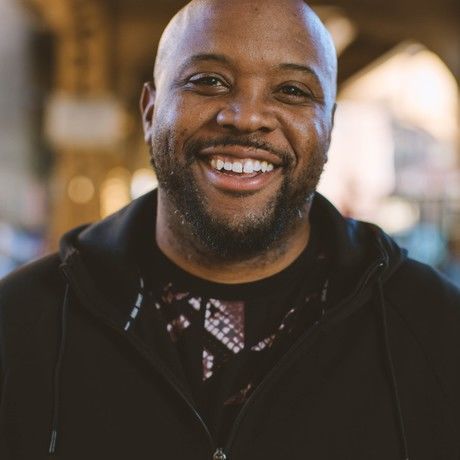 Idris Goodwin is the Producing Artistic Director of StageOne Family Theatre. He has 20 years of professional experience in the performing arts as playwright, director, breakbeat poet and producer. For StageOne he penned American Tales and the widely produced And In This Corner: Cassius Clay, winner of the 2017 Distinguished Play Award from The American Association of Theater and Education. His play How We Got On was developed at The Eugene O’Neill Center and received its premiere at Actors Theatre of Louisville’s Humana Festival. Other works have been produced Off-Broadway, The Kennedy Center, Steppenwolf Theatre, and Oregon Shakespeare Festival. He’s appeared on HBO, Sesame Street, BBC radio, and Discovery Channel. He’s received support from the NEA, Ford, Mellon, and McKnight Foundation, and is the recipient of the 2018 Allen Cowen Innovation Award. A seasoned educator, Goodwin regularly teaches master classes and lectures across the nation. For six years, he taught undergraduate playwriting at Colorado College, where in 2015, he was voted Teacher of the Year. He is a proud member of The Dramatists Guild and sits on the board of Theater For Young Audiences USA. He lives in Saint Matthews, Kentucky with his family.

Success is not always defined by the immediate reaction. There’s something we call the rewind factor: what keeps us coming back to make new discoveries. — Idris Goodwin

The consistent metronome is your mission but everyone’s solo’s different. — Idris Goodwin

You cannot have process without flow. — Idris Goodwin

Don’t talk about it – be about it. — Idris Goodwin