We dare you to challenge Donovan in the street 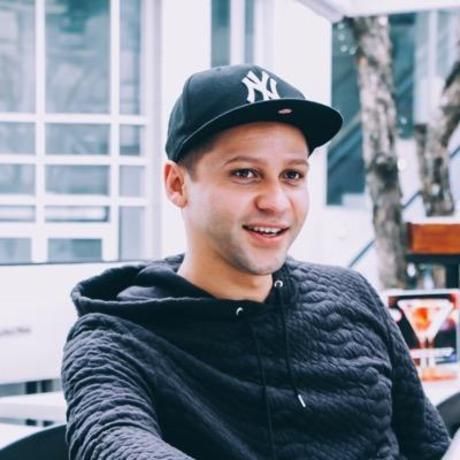 When his parents named him, Donovan David Goliath, they must have known that with such a loaded name, their son would have a few internal conflicts. It is this essential inner struggle at his core that eventually led him to choose a full time career in comedy over a lucrative job in advertising. What may have seemed like a risky move to everyone around him has turned out to be a goliathan gain for comedy audiences.

Donovan worked as an art director at Network BBDO for 6 years before resigning to start a comedy company called Goliath and Goliath with fellow comics Jason Goliath, Nicholas and their manager Kate Goliath(no relation to any of them, just pure coincidence). Together with the Goliath team they now own and run popular hotspot Roast café and the Goliath Comedy Club in Melrose Arch.

Most of his work is about growing up in Mthatha as a young coloured boy who looks white but speaks fluent Xhosa. His act is rooted in insightful storytelling and simple truths using various characters and impersonations. Donovan has played to some of the biggest comedy audiences in South Africa with appearances at Soweto Comedy Festival, Blacks Only, 99% Xhosa, 99% Zulu, African Kings of Comedy, Aweh Mzansi and completed a 3-month run at a comedy variety show called LOL at Gold Reef City. He was nominated in the ‘Newcomer Of The Year Category’ in 2012 at the Comics Choice Awards and in 2013 and 2014 in the ‘Breakthrough Act Of The Year’ category as well. Donovan was also a contestant on the widely popular show Strictly Come Dancing and hosted The Great South African Bake Off. He has just completed a successful run of his much anticipated one man show ‘The Live Series with Donovan Goliath’