Elijah McKinnon shares with us their efforts to contribute to a more equitable world and helps us to consider the steps we can all take.

Elijah McKinnon, talks with us about the campaigns they have led in order to positively affect the communities they belong to. Their passion and experiences offer a unique insight to what it takes to connect with a community. CreativeMornings/Chicago is hosted & organized by Jen Marquez Ginn and coordinated by Marlene Paez. Video by Alejandro Moore, Chris Mendoza, and Amy Ginn. Follow along with us at @Chicago_CM! 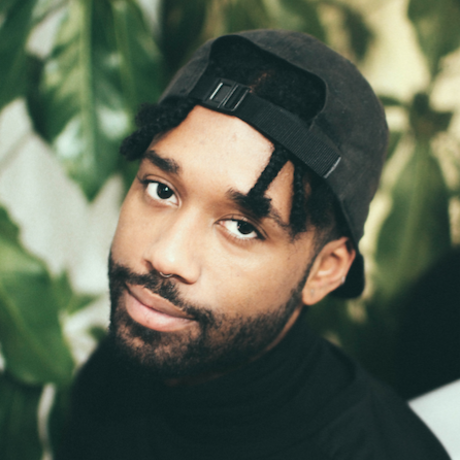 Elijah McKinnon was born in Oakland, California and raised all over the San Francisco Bay Area. Following their graduation from The Art Institute of San Francisco, Elijah traded in their comfortable life in California for a creative nomadic lifestyle. After living and being inspired by cities including Portland, Brooklyn, and Montreal they left commercial brand strategy and relocated to Chicago in January 2015 with the intent on establishing a consultancy that worked exclusively with nonprofits and grassroots initiatives.

Elijah shifts through many hats but mostly identifies as a marketing maven, cultural producer, artist, and activist. As the Founder and Creative Director of the independent consultancy People Who Care, Elijah works with Chicago-based nonprofits and grassroots initiatives such as AIDS Foundation of Chicago, Northwestern University, The Inconvenience, Rebuild Foundation, Links Hall and to develop and manage campaigns, create and implement cultural productions and a few top secret shenanigans. They are also actively involved in Chicago’s queer, creative and philanthropic communities and constantly moving and shaking in an attempt to build meaningful relationships and encourage resource sharing.

In addition to their professional and artistic credits, Elijah co-produced and starred in Chicago’s #PrEP4Love campaign, a Chicago-based and internationally acclaimed HIV-prevention campaign; is the Co-Director of Reunion Chicago, a co-working/event studio prioritized for queer, femmes and people of color located in Humboldt Park; serves as the Executive Director and host of Canvas Primer, an event series that provides platforms for artists and creative laborers to pitch different projects that they are incubating; is the Head of Marketing and Design for Open TV - Beta, an independent web platform that produces and distributes content by and for queer, femme and people of color; and is the current curator in residence at Estudio Teorema, an arts, activists and cultural comment center in Guadalajara, Mexico. And with all that spare time on their hands, Elijah enjoys cooking, sleeping, and twirling to disco till the wee hours of the morning.