Why I quit advertising to make a living chasing love. 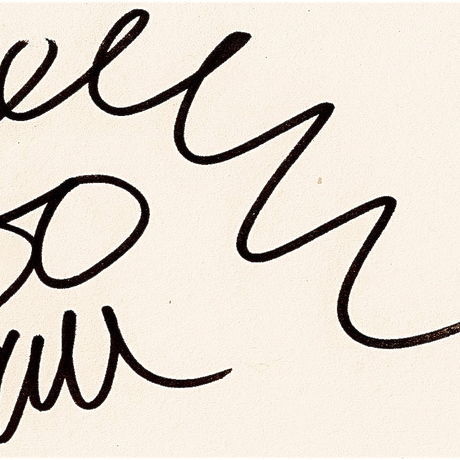 Without fanfare, 2017 marks Ed’s 43rd year in the communications business. (Yikes!) He’s a writer by trade, a strategic planner by design, a failed bluegrass guitar player by experience, and a cook for the Strathmere Volunteer Fire Company by choice. But his passion is for helping folks connect dots they didn’t know could be connected. Or better yet, helping them see dots they didn’t even know were there.

Ed was the founding partner of the contrarian advertising agency Red Tettemer, which he established in 1992 and left for higher callings on New Year’s Eve in 2006.

His mantra, “a brand is the promise of an experience,” has been the guiding principle by which he has helped organizations large and small – for-profit and non - define their institutional missions, core values and brand promises.

Many clients travel to his octagonal seaside retreat in Strathmere, NJ for brand charrettes and to ignite new ideas. Or just to eat and think.

He has sparked landmark city and statewide marketing initiatives, and remains a consultant to Visit Philadelphia, VisitPA and Visit Alexandria, VA. He is a writer of food and travel blogs for several PA tourist bureaus.

In Philadelphia, Ed serves on Mayor Kenney’s Advisory Council for Arts, Culture and the Creative Economy. He also sits on the boards of The Greater Philadelphia Cultural Alliance, Leadership Philadelphia, The City of Philadelphia Mural Arts Program and Citizens for Strathmere & Whale Beach. He is a trusted formal advisor to The Free Library of Philadelphia, the African American Museum, P’unk Ave, Little Baby’s Ice Cream, the Knight Foundation and Lenfest Foundation.

Ed was named one of Philadelphia’s 76 Creative Connectors and honored as a Philly Ad Club Lifetime Mover & Shaker. His dinner parties are auctioned by charities, and he’s flipped the short-order grill at his favorite seashore breakfast joint for 3 summers just because he wants the experience.

He wrote and directed Union Rags: An American Love Story, an acclaimed film about the The Belmont Stakes champion and his owner Phyllis Wyeth of the iconic artistic Wyeth family.

Ed enjoys a blissful marriage and the love of a 33-year old daughter who he hopes will travel the world and never set foot in an advertising agency. Half the time you can find him in Philly, half the time he’s shunpiking the country and the other half you’ll catch him watching the waves from his octagonal deck.