Dhani is proof that your job in life is not who you are.

Often remembered for his eleven year NFL career or his Travel Channel show Dhani Tackles the Globe, he also spends a good deal of his time focusing on the betterment of his community and giving hope to those who need it the most. 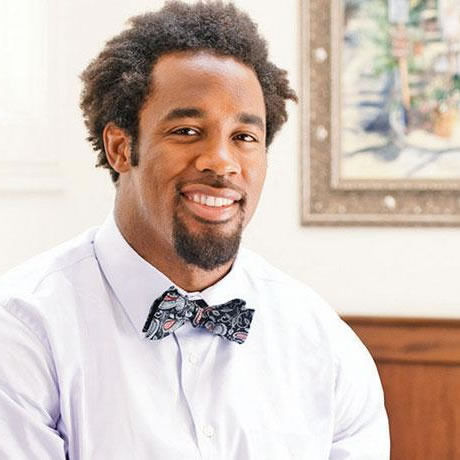 After being drafted by the New York Giants in 2000, Dhani Jones was challenged by his good friend Kunta Littlejohn when he said, “If you wanna be somebody, you gotta rock a BowTie.” Dhani thought he was crazy and dismissed it. At the time, Kunta was battling Stage 4 Non-Hodgkin’s Lymphoma and Dhani had been searching for a way to support him. As clarity begets action, Dhani started rockin’ a BowTie in silent support of his good friend. Today, Kunta has fully recovered and they both rock BowTies to support others. Since its beginning in 2010, BowTie Cause has provided the same avenue of support that Dhani gave Kunta, by designing signature BowTies for organizations around the country.

Dhani is also one of the driving forces behind the brand innovation studios VMG Creative in New York and Proclamation in Cincinnati. In 2010, Dhani opened the Bowtie Cafe in Mount Adams where his goal is to foster positive cultural communication. And let’s not forget, Dhani is also on the boards of Breakthrough Cincinnati and the Cincinnati Art Museum.