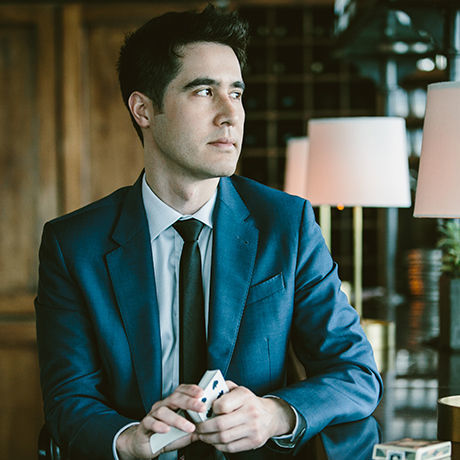 With his expertise in enigmas and magic, David Kwong delights and challenges audiences around the world with his intellectual brand of “puzzles and prestidigitation.”

Kwong is the puzzle and secret code consultant for the hit NBC show “Blindspot.” He was the head magic consultant on the 2013 worldwide hit film “Now You See Me.” Other films Kwong and his “Misdirectors Guild” have worked on include “The Imitation Game,” “Ant-Man,” “Mission Impossible: Rogue Nation,” and this fall’s “Magnificent 7” remake.

Kwong was a featured speaker at TED 2014. His talk on how human beings are “wired to solve” involved hiding secret messages in the New York Times crossword puzzle: Video.

Kwong is a graduate of Harvard University, where he studied the history of magic.

Photo of David by Jillian Sipkins.