Building community through telling your story

Chris and Sean asked themselves: what is a tool we can use to help build up community and bring people together? Cincy Stories does just that through their Story Galleries - an art gallery meets living room combination that pops up for 6-12 months and allows anyone to come in to share their story. Magic starts to happen here when people realize their stories line up with others in their community and together actionable dreams start to come true. 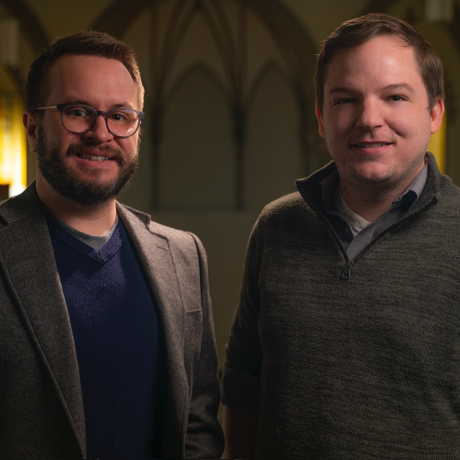 Shawn Braley and Chris Ashwell met working at Fireside Pizza, each having individual passions but connected by a drive to use storytelling as a tool to build empathy and community. They set their sights on starting The Moth here in Cincinnati, but were rejected. They kept going, which is naturally within their nature, but they admittedly didn’t quite have a specific direction.

In the meantime, they funneled their energy into hosting an event series and making short documentaries highlighting local individuals, which became CincyStories. Seeking a bigger and more intentional impact, they proposed this concept to the Walnut Hills Redevelopment Foundation seeking a grant that would offer them the opportunity to take their initial storytelling ‘prototype’ and build out an event series in the area’s neighborhoods. The organization gave them the grant for the events, but they also provided them with a storefront and a challenge: build community through Creative Placemaking and by utilizing their unique approach to documentary filmmaking. Thus, the Walnut Hills Story Gallery was born.

Shawn and Chris furnished the gallery space with local thrift store couches, lamps, and accessories and a Lowes outdoor shed for their story booth where people had the power to record their own stories. They put TVs on the wall so others could watch these stories shared by folks from their neighborhood. It was a place to tell stories, everyone’s stories, and document them. From a former professional baseball player to a wrongly accused murderer, community has been shared and built on the stories of the community, by the community, and for the community. This trend has continued through their work in Price Hill and Avondale, leading to 3 Emmy wins for their documentary work and they’ve most recently received acclaim and recognition from Brut and Yes Magazine for their Street Story on Avondale ballet dancer, Antonio White.

“Every neighborhood has a brand. Whether it is the hip new businesses in that community or the negative news stories, we want to combat that branding by highlighting every neighborhood’s biggest asset: the people who live there.“ – Cincy Stories

Hosted by The Mercantile Library