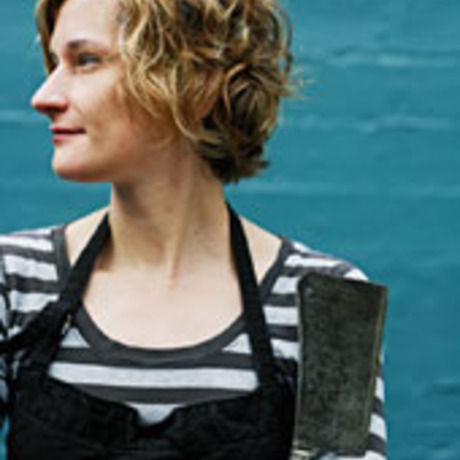 Camas Davis was raised outside of Eugene, Oregon before moving to New York City where she was an editor and writer at National Geographic Adventure,The Drama Review, and Saveur. In 2006, she moved back to Oregon and became the food editor of Portland Monthly magazine. In 2009, Davis traveled to Gascony in southwest France to study the art of butchery and charcuterie. Upon her return she founded the Portland Meat Collective, a one-of-a-kind meat school and culinary resource that has changed the way citizens of Portland, Oregon think about their food, their community, and their local economy. Davis continues to write about her experiences in the world of meat, including a story that was recently featured on the radio show, This American Life. Davis has also found herself and the Portland Meat Collective the subject of media stories from the New York Times Magazine to Cooking Light. Her goal? To create a growing community of informed omnivores who are rethinking meat consumption and production in America.