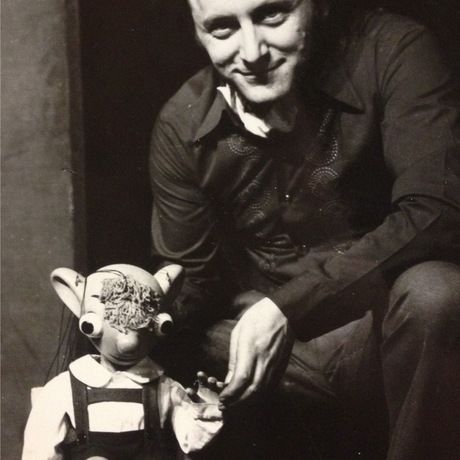 Bója Šulc is a worldwide famous puppet artist, who literally let Hurvínek into all his troubles. He is a true marionette artist since his childhood. At the age of 16 he already performed in the Spejbl and Hurvínek Theater, where he spent another 40 years continuing in the tradition of modern puppet show founded by his teachers Josef Skupa and Miloš Kirschner. Taking over the famous marionette Hurvínek after Jiřina Skupová wasn’t easy, but after some time he managed to develop its distinctive moves and expressions and also brought the character to life for TV and film. Since 1993 Bója performs mainly solo, both in the Czech Republic as well as abroad. He specializes in modern puppet show and focuses most of all on his famous visual performances with rich musical interpretation.