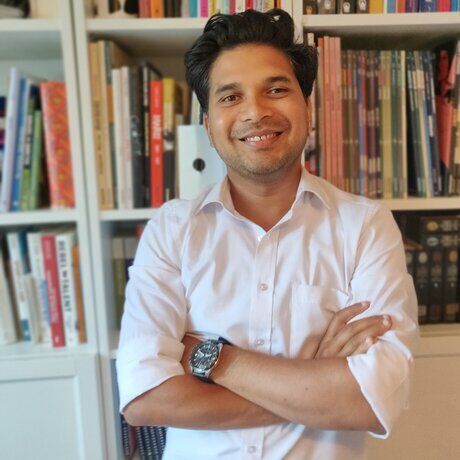 Bhavesh Pither was born and brought up in a joint family of 15 persons in the Maximum City: Mumbai, India. He studied computer engineering and worked with India’s premier financial institutions until he decided to explore the business side of the sports industry. Since then he has worked with Olympic sports federations, athletes and numbers.

This exploration gave him a ticket to travel around the world and listen to many inspiring stories which he captured on multiple crumpled sheets of paper. In October 2014, while sitting in a rundown restaurant in cold Siberia, he decided that it was time to share one of the stories collected. The story of a boy rescued from his war-wracked village, who builds his future far from home through sport.