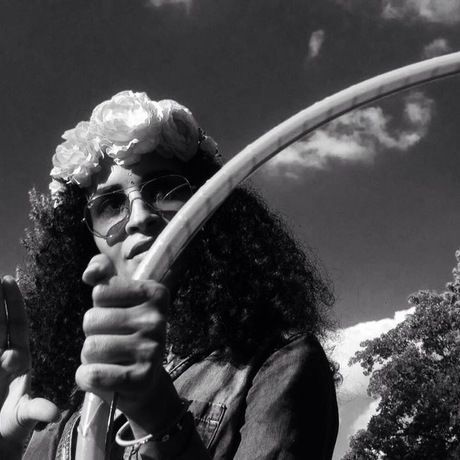 Saudi Artist and Designer. Born in Riyadh, and raised in Beirut where she later attended the American University of Beirut graduating with a Bachelors of Fine Arts in Graphic Design. Her time there was seminal for the deconstruction of her sense of identity. It was during this time that she found and cultivated her voice and artistic expression as one that expresses her multiculturalism as well as her individuality. She moved back to Saudi in 2009 where Al Rashed has worked as a commercial Graphic Designer. She also taught and lectured Design in local universities. In 2010, Balqis co-founded Qabila Apparel, a homegrown Khaleeji clothing line. She participated last year in the “March Project” Residency, 2015 at Sharjah Art Foundation where she exhibited her first big scale installation “Once, we fell from the sky and landed in Babel”. AlRashed has been featured in various media platforms such as Mashable, Instagram’s official profile and blog, and others. Her current work focuses on the the creation of meanings, practices, and dichotomies in respect to the collective, memory, identity, and the self.