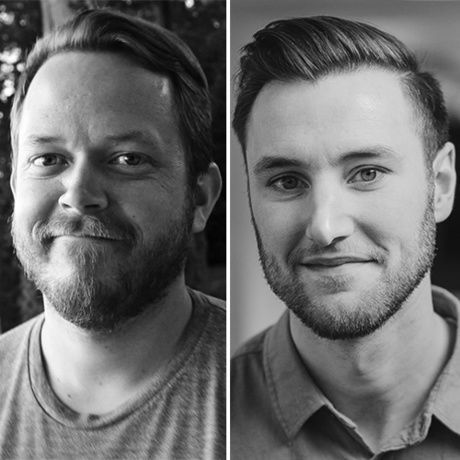 Chris Fredricks is a graphic designer, screen printer, teacher, and occasional entrepreneur. A native of West Michigan, Chris spent his college years in Baltimore studying film and video, and then graphic design. He came back to Grand Rapids in 2011 and soon after began working for the sun care company, Sun Bum. While working as their Art Director/Designer, he saw firsthand the impact a brand can have on people and the relationships that can be cultivated when a strong brand strategy is in place. He carried his passion for branding into the classroom when he began teaching Branding II as an Adjunct at Kendall College of Art and Design.

In 2015 Sun Bum moved their Grand Rapids office to California and Chris decided not to go along. Instead he began working as a freelance designer and and opened up the studio space OPEN co. The vision was for the studio to be a platform for his design work, apparel line “Grow Up Awesome,” workshops, and more. Going out on your own is tough though, he found.

While freelancing and teaching Chris began to think more about his own brand and whether or not his students felt comfortable with who they were as a brand. He quickly found out that like him, students, designers, artists and just about everyone struggles to explain who they are or exactly what it is they do.

Chris is still working on figuring out who he is. In 2017 he plans to continue by leading workshops on personal branding, and having an occasional coffee or beer with others who are experiencing the same struggle.

Ian is the Design Director at Mighty in the Midwest, a web and app design and development company. He guides clients toward solutions that are effective and beautiful, and believes every opportunity to design great experiences is an opportunity to build great relationships.

As a kid, Ian was preoccupied with drawing logos for imagined companies, and took to designing and building for the web in the late ‘90s. In the last 15+ years he’s designed in agencies and startups, as an independent, and as the Creative Director for an award-winning mental health technology platform. Before joining Mighty, he spent two years launching and growing a secure web app for psychologists.

Hailing from Erie, PA, the Great Lakes run through Ian’s blood, and exploring a lakeshore with his wife and three kids is where you can find him most weekends.