The Wonder of Light

Bára Šťastná Pros and Cons of Being Happy 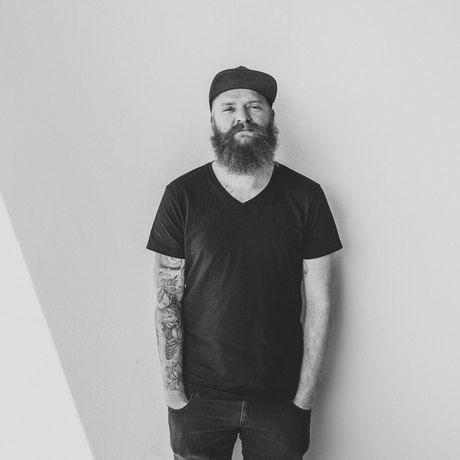 Andre Badenhorst /An-dray Bah-den-horse-t/ (noun) I could tell you that I started photographing for National Geographic aged 6-and-a-half months old, in Tanzania (on horseback), armed with only bug spray and two rolls of film… But that would be a blatant lie. Truth is that it actually all started with a skateboard. Growing up on the Westrand of Johannesburg in the mid 90’s, I found myself in love with the skate scene and everything that came with it. The music, the art, the culture - all ramped up into one beautiful, cacophonous trick. And so the rebellion started… So by the time that I misappropriated my sister’s camera at age 15 (don’t worry, I returned it), I had a clear vision of what I wanted to see through the lens. I wanted to make pictures, instead of take pictures. That first skateboard showed me a different side of life and that camera showed me how to capture it forever. I’m not one for labels. “Creative”, “conceptual architect”, “photographer (gasp!)” - I merely steal glimpses of this reality and make them surreal in the eyes of the viewers. Gregory Crewdson and Wes Anderson are major influences in my work. My favourite photographer and director, respectively. Anyone who has seen Gregory’s lighting will understand why, whilst Wes Anderson’s use of colour is mesmerising. Rancid and Dropkick Murphys were whispering in my ear as well. This smorgasbord of influences have brought me to where I am today. Wherever I am. Everywhere I go. My philosophy is that colour and lighting not only defines the picture, but makes it come alive. It gives it that surreal realism that makes it not only rock, but roll, as well. No man is an island… My partner in crime, Maritsa Bartmann, brings these visions to life with her passion, amazing eye and mad editing skills. Maritsa and the rest of the team, are irreplaceable. I have had the privilege of shooting Fokofpolisiekar, Jack Parow, Blood Brothers and various pieces for Taalgenoot amongst a plethora over the years. It all started with a skateboard… I still skate, build ramps and listen to questionable music. Forever.

Pop in to my site to view a lot more.

Partners Nicework
Between 10and5
Nedbank